Getting to the bottom of Philadelphia’s potholes 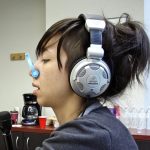 Find it on Apple Podcasts, Spotify, or wherever you get your podcasts.

Potholes are a source of constant frustration among Philadelphia drivers and cyclists — not to mention the Department of Streets.

“We try to be proactive, but it’s very challenging,” said Steve Lorenz, chief highway engineer for the streets department. “A lot of what we are is complaint-driven.”

Philadelphians have both cursed and reveled in the city’s pockmarked streets. But as it turns out, we may not have the worst streets.

Potholes are a problem all over, Lorenz says — though he admits Philadelphia may be more vulnerable than other cities thanks to our climate.

“I think that we have a larger problem with potholes because we’re in a mid-Atlantic region,” he said.

Specifically, he said, because of temperature fluctuations. In more temperate areas, like the South, the roadways mostly stay warm. Up north, in New England and out to the Midwest, the roads stay cold once winter hits.

“Whereas we have this constant freeze-thaw,” Lorenz said.

When rain or snow falls, the water seeps into the cracks in the roadway and settles into the layers below. Falling temperatures can cause ice to form in and below the pavement.

“And that’s your biggest problem you have,” he said. “The moisture getting into the ground, the ground not drying out, and then you get that cold weather that comes in, and the water expands and contracts and breaks the brittle asphalt.”

The anatomy of roadways

To understand how potholes form, you need to know a bit about how our roadways are structured, says Rick Nelson, a longtime engineer for the Nevada Department of Transportation, who now works for the American Association of State and Highway Transportation Officials (AASHTO).

“There’s really three layers that go into the anatomy of the pavement,” he said. “There’s the top layer, which is asphalt or concrete; that’s the piece that you drive on.”

A quick aside — asphalt and concrete are both made from a mix of sand and crushed rocks. Where they differ is the binding agent — concrete is made with cement, while asphalt is held together with a petroleum-based binder. These days, asphalt is often used to top roads because it’s way cheaper, faster to lay down, and easier to repair. It’s also more flexible — so even though it deteriorates faster than concrete, asphalt can handle the freeze-thaw cycle a bit better because it’s got some flex. Concrete, on the other hand, is sturdier and lasts longer.

“Underneath that is what we call the base, and that’s the foundation,” Nelson said. “If you think of buildings, the base is the foundation that the pavement rests on.”

The foundation is made from a mix of crushed rocks.

“And then underneath that is like the native soil, the virgin material that’s there under the pavement,” he said.

Nelson says there are two main things that cause those layers to break down: water and loading.

“So when a crack occurs in the pavement — and cracks always occur… that lets water get down into that base material,” he said.

If there isn’t good drainage, the water can end up saturating the foundation. When that water freezes, it expands.

“It pushes up on that pavement and it makes that crack a little bigger,” Nelson said. “And when it melts, it sort of flows away the fine materials and creates a void, a gap, underneath that pavement. And then when the traffic goes over it again, it pushes that pavement down. And next thing you know, you have a pothole.”

“When it’s freezing, the water expands, right?” Lu said. “That will create an internal force to push the material apart. And then with melting, it will create a void that will trap the air.”

But these pockets aren’t just created by water freezing, Lu said — they’re part of the concrete itself.

“The concrete actually has cement, water and your aggregates,” she said. “And then you definitely need air voids. Why? Because you need concrete to expand and contract.”

Again, because of temperature fluctuations, it’s important to give the concrete room to move — without which, the internal stress can cause the material to crack.

“So ideally, you want to have what we called entrained air,” Lu said.

The goal is to include 5-8% of entrained air voids, based on the application.

But there are also unwanted air voids that can become trapped in the concrete during construction — and those can create even more vulnerabilities.

So quick recap — when rain seeps into cracks in the pavement, it flows down into the base and sub-base of the roadway. When it gets cold, the water freezes — expanding and causing the cracks to get bigger. When it gets warm, the water melts, and the debris flows away, leaving pockets in the pavement. Pre-existing pockets cause even more vulnerability. Then you’ve got 10,000-pound trucks driving over those weak points. And boom — pothole.

Lu says potholes aren’t just a pain — they are an expensive, dangerous pain.

“This is a very big problem, because of the economic and also from the safety standpoint,” she said.

Lu cites data showing that the cost of repairing potholes in the U.S. can range anywhere from $2.5-3 billion per year.

“What that translates to is about $600 per driver per year just to repair the damage caused by the potholes,” Lu said.

Then there are the costs drivers have to pay for damage to their cars, or worst-case scenario, hospital bills.

Potholes are also a financial burden for cities. This year, San Diego is paying out more than $300,000 for two lawsuits related to potholes.

Detroit is facing a $10 million lawsuit from a man who hit a pothole on a rental scooter, resulting in a traumatic brain injury and concussion.

Meanwhile, in New York City, an audit a few years ago found that over six years, the city paid $138 million to settle its pothole-related lawsuits.

All of which means it’s in everyone’s best interest to repair — or better yet, prevent — potholes as much as possible.

According to Rick Nelson, the key to dealing with potholes is acting early and often.

“When it comes to preventing potholes, the best thing you can do is to make sure that those cracks are sealed up,” he said. “Every place there’s a crack in a seam, there’s a potential for water to get down in there and work against that foundation and cause that pothole to form.”

Once you get past the crack stage, you’ve got to invest in actually patching the pothole using asphalt. But Nelson says you can’t wait too long.

“A dollar that you spend today on preventive maintenance will cost you $5 if you defer that maintenance into the future,” he said. “At some point you can’t just patch that pothole anymore. You have to completely redo the pavement.”

But local transportation departments don’t always have the resources to seal up cracks as soon as they appear. They’ve got a fixed budget and lots of priorities — facility improvements, installing new roads, sidewalks and bike paths, public transit, accessibility ramps, and on and on.

“Unfortunately, sometimes those preventive maintenance strategies suffer budgetary cuts,” Nelson said. “Sometimes it’s easiest just to defer that maintenance another year. But the more you push it off, the more it’s going to cost you in the future.”

Some engineers are working on bigger solutions. Luna Lu, for example, is working on smart sensors that flag stretches of road that need to be repaired before they start breaking down.

“It can actually self-heal itself through some nanoparticles’ reaction with water over time,” Lu said. “So therefore, again, the same idea to reduce the likelihood to form the potholes over time and also reduce the frequent repair.”

Other researchers across the country have their own pet projects — concrete made with plastic or rubber, for better resilience; adding bacteria to concrete that helps it resist breakdown associated with winter salting; even drones capable of fixing potholes as they pop up.

And we’re going to need those solutions. Because, even as pothole-fighting technology has improved, our roadways have been getting worse.

To put it simply, what local transportation departments need is money.

“[Other cities are] facing the same problems that Philadelphia and the Delaware Valley and the rest of the country is — is lack of funding into the infrastructure,” the Philadelphia streets department’s Steve Lorenz said. “You know, you get a roadway that should be programmed to be resurfaced every eight to 10 years. We’re now doing them every 15 to 21.”

Patching potholes is a temporary solution for an inevitable problem.

“Repairing a pothole is very important, but pretty much all you’re doing is you’re putting a patch on the roadway,” Lorenz said. “And the patches we do last a life of the roadway. However, as the lifespan of the roadways grows longer, the more potholes are going to appear.”

How less traffic led to more deaths during the pandemic

Getting to the bottom of Philadelphia’s potholes

The pandemic has reshaped workers’ conception of fairness at work. For SEPTA, upcoming union negotiations will reveal just how much has changed.

Driving in Philly: What’s behind the city’s traffic

Why is congestion so bad in Philadelphia and how can transportation be improved for drivers, cyclists, walkers, and everyone in between?