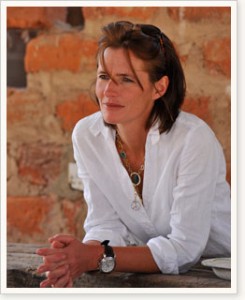 ALEXANDRA FULLER continues her series of memoirs growing up a colonial in Africa. In 2001’s “Don’t Lets Go to the Dogs Tonight” and “Scribbling the Cat” in 2004 Fuller has revisited her childhood in Rhodesia, now Zimbabwe. “Cocktail Hour Under the Tree of Forgetfulness” focuses on her parents, particularly her mother, Nicola Fuller, running a farm in the late 60s and early 70s as she lost children and fought a persistent drought under increasing cultural intolerance.