When Disney released “Coco” in Mexico in 2017, the animated fantasy built around the Día de los Muertos tradition became the most popular film in Mexican history. However, several early reviews, predominantly by white writers, criticized the film as inauthentic.

“A lot of people were upset that the coverage and reviews of the film in the initial stages — none were done by Latinx folks,” said Maori Karmael Holmes, the founder and director of the BlackStar Film Festival in Philadelphia. “A lot of people felt — rightfully so — that the critique of that film was missing basic cultural competency.”

To give a space for critics of color to write about filmmakers of color, Holmes created “Seen,” a new journal of film and visual culture by “Black, Brown, and Indigenous people.” The first issue drops today.

The cover of the first issue features Radha Blank. Her film “The Forty-Year-Old Version,” a comedy about a down-on-her-luck playwright in New York, was shown at this year’s BlackStar festival and won a directing award at Sundance. In October, it was released to wide acclaim on Netflix.

Festival creator Maori Karmael Holmes has been hired to bring cinema back to the Annenberg Performing Arts Center.

In her interview with Seen contributor Niela Orr, Blank said she “felt the urge to counter what we’re used to seeing. Black folk, hip-hop culture in general, is often projected through an oversaturated lens — lots of color and flash-and-dash. But when you strip that from a film, the characters can really feel more vulnerable and bare.”

The magazine also digs into subjects of less celebrity, like “maɬni—towards the ocean, towards the shore,” a quiet, meditative film about the Chinook people of the Columbia River Valley in the Pacific Northwest, with much of the voiceover in the traditional Chinuk Wawa language; an overview of the state of Black queer and trans cinema in Brazil; and an interview with the Beijing-born, Los Angeles-based filmmaker Lulu Wang.

The magazine also goes deep into the nuts and bolts of filmmaking: an interview with costume designer Derica Cole Washington, a conversation between film editors Jason Pollard and Emir Lewis, and a script for an unproduced short film by Terence Nance, writing under the name Xavier Palisades.

“It’s something that’s been part of the larger BlackStar project, to focus on filmmakers, not just directors. They get the attention, but it takes so many artists to make a film,” said Holmes. “We try to highlight those folks.”

The magazine will initially be produced semi-annually, with the ambition to ultimately make it quarterly. It will be a print magazine – the kind you can hold in your hand and turn the pages. Holmes expects most readers will receive Seen digitally, but she is a die-hard fan of the tactile magazine experience.

“I really like magazines. I’m someone who buys them still,” she said with a laugh. “We thought it was important to have a limited run. We’re not kidding ourselves — it’s not going to have a wide subscription base in print. We know there are people who like having these things in their hands. I think about Wax Poetics, even Vogue. It’s so nice to have those issues in your hand.”

The debut issue will be published on high-quality paper with an embossed cover: things that do not translate digitally.

The idea of Seen came out of the annual BlackStar film festival’s program guides, which included not just schedules of screenings and panels but reviews, interviews, and writings about film, illustrated with original photography. The program guide became more and more of a cultural and intellectual artifact of the moment, and more and more people wanted it.

“That really affirmed for us the desire to have critical engagement with the work that was coming to Blackstar,” she said. “Not just the film festival, but productions by Black, Brown, and Indigenous filmmakers year-round.”

Last January, after eight years of running BlackStar, Holmes was finally able to hire a year-round staff. Finally, she had the personnel and resources to put out a magazine. 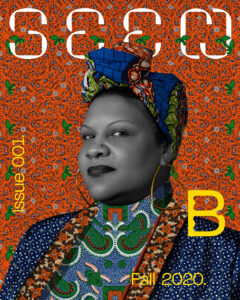 “We felt like it was missing in the wider culture. So many stories of films by Black, Brown and Indigenous folks not having cultural competency in the reviews for them,” said Holmes. “There are of course academic journals that do this better, but we wanted something that was beautiful.”

Seen can be ordered online.

Oscars set for return to normal, except all the changes

The telecast for the 94th Academy Awards will begin, as usual, at 8 p.m. EDT on ABC. But little else about how this year’s Oscars get underway is traditional.

Philly's own Will Smith received the award for his role in 'King Richard,' as the British Academy Film Awards returned Sunday with a live ceremony.

The year in movies

The year's best and worst films, the standout performances, the box office bombs and how Covid is disrupting the movie business.