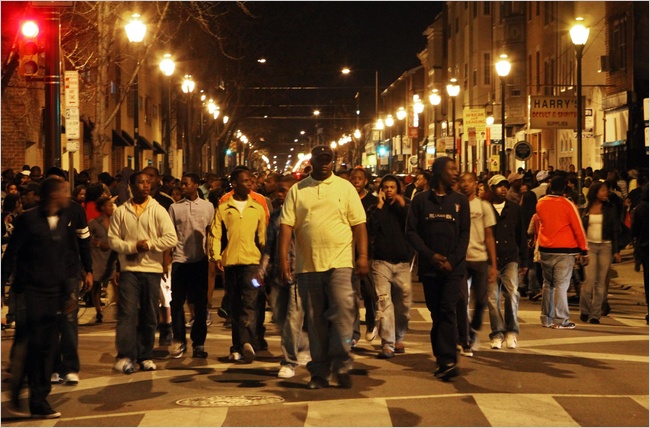 Last Saturday, hundreds of kids gathered in a flash mob on South Street in Philadelphia, disrupting traffic, damaging property, and occasionally assaulting pedestrians. On Wednesday afternoon, the police foiled another attempted flash mob in West Philadelphia. In recent months, a number of flash mob incidents have wrecked havoc in Center City and South Street, scaring residents and damaging the city’s reputation. This hour, Everett Gillison, Philadelphia’s Deputy Mayor for Public Safety, and Howard Stevenson, Associate Professor and Chair in the Graduate School of Education at the University of Pennsylvania, discuss what’s behind these flash mobs, why they turn destructive, and what the city is doing about it.

A year without play: Parents and experts worry about loss of social skills during pandemic

In-person school provided kids with regular, organic social exposure. What happens after a year when that disappeared?

The COVID year: A single mom’s fight to keep her kids in school and her family together

A year ago, Tiffani Szabara was managing a restaurant and living a stable life with her four kids in a middle-class suburb. Then COVID struck.

Watching for signs of child abuse and neglect, but from a distance

With many schools and even doctor’s appointments virtual again, teachers and others must try new strategies to assess how safe a home situation might be.