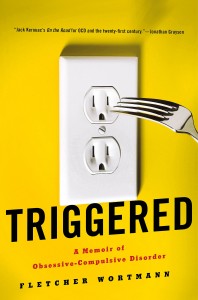 You don’t want to know what writer FLETCHER WORTMANN is thinking. For many of his 25 years he was consumed by thoughts of intrusive, taboo, abhorrent acts so perverse he became suicidal out of his concern about acting on them. Wortmann was diagnosed with the anxiety disorder Obsessive Compulsive Disorder (OCD) in 2007, in his early years at Swarthmore College, and spent that fall in a residential program. His essays, published in Swarthmore’s Phoenix and its literary magazine, The Night Café, describing his trials of his disorder and therapy, have become a new memoir, “Triggered: A Memoir of Obsessive-Compulsive Disorder.” He’ll be joined by his therapist, Dr. JONATHAN GRAYSON, director of the Anxiety and OCD Treatment Center of Philadelphia, to explain the trigger therapy, which has saved Wortmann’s life.

“Chatter:” how to control our inner voice

Is the voice in your head too critical? Does it make you more anxious instead of less? Psychologist Ethan Kross discusses how to control our self-talk.

The storming of the Capitol was a visceral reminder to many of us that America is replete with extremist and cult-like groups, and that their existence is by no means benign.