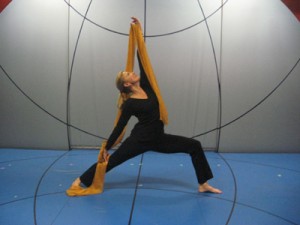 When human rights attorney SUSAN BURKE returned from listening to survivors of torture at U.S. prisons in Iraq, she spontaneously reached out for help from her yoga teacher, JENNIFER SCHELTER. Schelter accompanied Burke to Turkey, where Burke was collecting testimony of survivors of the atrocities at Abu Ghraib. Burke has made a legal case out of those stories, seeking accountability from the private contractors who were involved in the crimes against prisoners. And what Schelter witnessed is now at the Interact Theater: a one-woman play called Love Lessons from Abu Ghraib, which combines the prisoners’ stories of torture and release, Schelter’s epiphanies and her yoga, joined through first-person narrative and conversation with Iraqi civilians and victims. Susan Burke and Jennifer Schelter join Marty on today’s Radio Times to discuss the legacy of Abu Ghraib in U.S. courts, and on the main stage of the InterAct Theater here in Philadelphia.