I bet you’ve already forgotten that now is supposed to be the time to stop the gun violence in Wilmington. 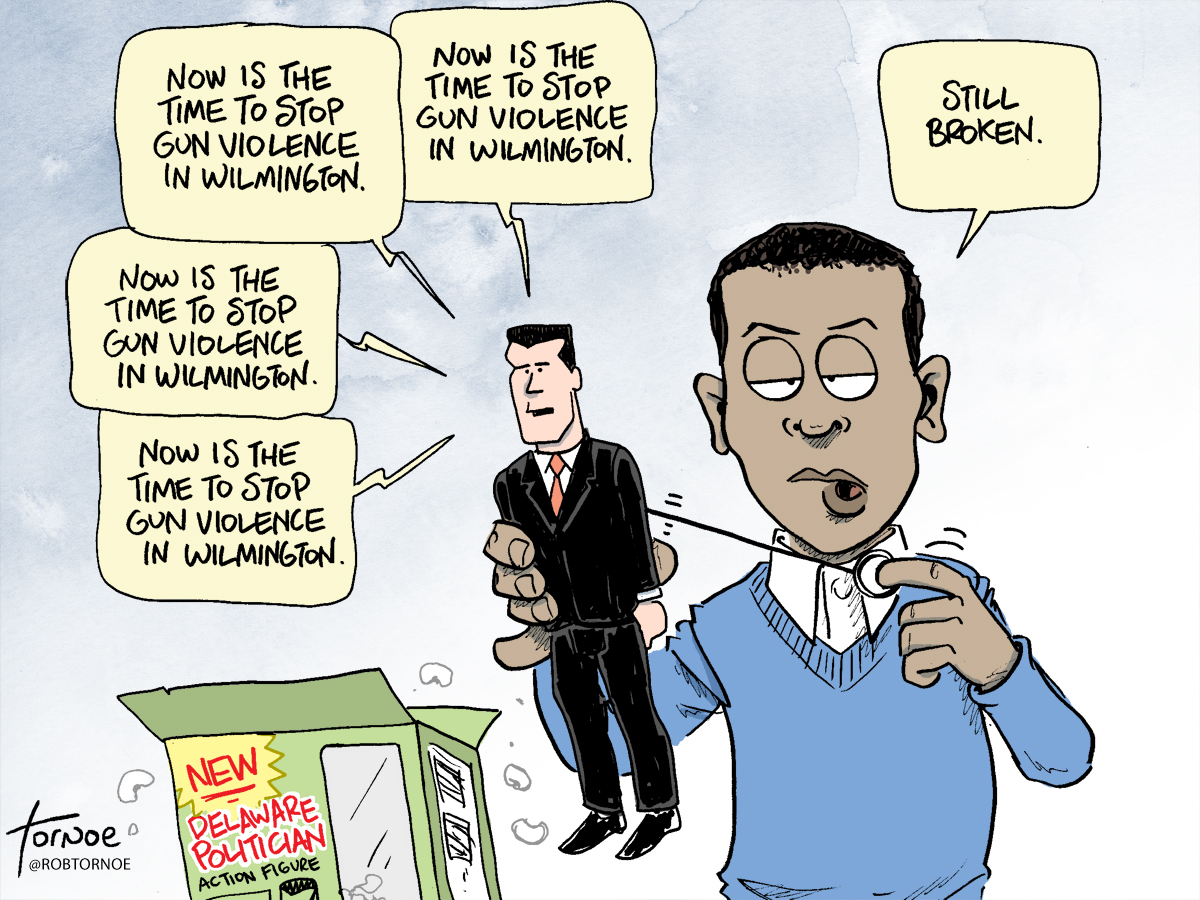 I bet you’ve already forgotten that now is supposed to be the time to stop the gun violence in Wilmington.

It’s been nearly two weeks since the News Journal partnered up with USA Today and the Associated Press to publish a blockbuster report that showed teenagers as young as 12 are more likely to be shot in Wilmington than any other place in the country.

In Wilmington, a city of just 72,000 people, data from the Gun Violence Archive reveals that about three out of every 1,000 Wilmington teens aged 12 to 17 are hurt or killed every year, nearly twice the rate reported in Chicago. According to the report, 64 kids were shot in Wilmington between January 2015 and Labor Day. Five are dead.

This should outrage everyone, but when I talk to people I know that work and live in the city, many complain about the negative coverage more than the actual violence. After all, they’ve never experienced any violence while drinking their coffee on Market St. or taking a stroll at the Riverfront, so the problems in Wilmington must be overblown.

After the three-day series was published, we heard the usual murmurs from some Delaware politicians promising to finally do something about a problem that has plagued the streets of Wilmington for years.

“This is our reality and my heavy burden as your mayor,” Wilmington mayor Mike Purzycki said during a 3-hour symposium on violence in the city. “Bold action has costs and is difficult, but is what this situation requires,” state Rep. David Bentz, D-Christiana, wrote on Twitter.

And on and on and on. It reminds me of what happened just three years ago, when Newsweek published a blockbuster story dubbing Wilmington “Murder Town, USA.” Back then, politicians were embarrassed enough to pledge to finally take action to combat the violence, but after the national media left, our leaders turned back to their usual fallbacks of expensive consultants and government studies with no funding to implement their recommendations.

The difference this time around is there is actually something tangible our politicians can do. After the Newsweek article, the Centers for Disease Control and Prevention developed a plan specifically for Wilmington to combat teen violence. The cost would be a measly $1 million to $2 million dollar a year, a drop in the ocean compared to the state’s $4 billion budget. It won’t solve the problem alone, but it could be an important first step to showing kids stuck in a cycle of violence that we actually do care and want to help.

Gov. John Carney admitted that the CDC’s plan was the state’s responsibility, but told the News Journal he won’t allocate any more state dollars for Wilmington until he was assured all expenditures were being used wisely.

That’s great and all, but remember we’re only talking about a couple of millions of dollar. By contrast, Carney’s decision to sign a repeal of the estate tax (a tax only the most wealthy Delawareans are on the hook for) cost the state upwards of $5 million per year (it brought in $9.3 million in 2016).

It’s worth noting that the Delaware Economic and Financial Advisory Council on Revenues did recommend repealing the estate tax, but also recommended replacing it with an increase in the personal income tax, something Carney didn’t include or push for in his budget.

So the rich got their money, but poor kids in Wilmington must wait.

Carney isn’t the only politician to blame. Former Gov. Jack Markell also didn’t allocate a dime to fund the CDC’s 2015 recommendation, and former Wilmington Mayor Dennis P. Williams was too busy hiding from the press to really take the issue seriously.

That’s not all. Carney correctly says fixing the city’s failing education system would do much to stop the violence, but that comes after schools lost $11 million in funding due to state cuts to plug a $400 million budget gap. I could rehash my complaints about Carney’s weak leadership during the process, but suffice to say he didn’t really make a case for targeted tax increases that could have helped bolster our schools and fund the many reports and programs developed to help combat Wilmington’s violence epidemic.

Just yesterday, two more victims were shot in Wilmington, just hours after the city’s 150th shooting victim was found in the same East Side neighborhood. So far this year, there have already been 26 deaths related to gun violence. There were 27 homicides in 2014 when the city earned its “Murder Town, USA” moniker.

Now is the time to stop the gun violence in Wilmington. But sadly, that doesn’t mean anyone will.

When Joe Biden visits his Greenville or Rehoboth Beach homes during his presidency, he’ll travel in what one writer has called the “rolling, armored White House.”

The problem was happening in Kent and Sussex counties, the Delaware State Police and Delaware Department of Safety and Homeland Security said.

The Chabad Center at the University of Delaware campus in Newark was intentionally set on fire late Tuesday night, according to the state fire marshal’s office.