The employment situation is definitely grim when New Jersey officials are relieved that fewer than 150,000 individuals filed an initial unemployment claim last week.

Still, the roughly 141,000 who applied for benefits was the third largest group seeking help in one week since at least 1987, data from the U.S. Department of Labor shows, and the weeks with the two highest numbers of claims were the prior two weeks. Close to 215,000 filed a claim during the week ending April 4, while 206,000 sought assistance during the week ending March 28.

In acknowledging the latest jobs report, Gov. Phil Murphy on Thursday used the word “mercifully” in describing the smaller total number of claims filed. But he warned these will not be the last.

“We still have a record 429,000 residents currently receiving unemployment benefits,” Murphy said during his daily press briefing on the COVID-19 emergency. “The numbers will continue to rise as new claims continue to be processed.”

Dance, sports and fitness instructors are helping their students stay fit in quarantine with Zoom, dining room chairs and prizes to keep them motivated.

According to the state Department of Labor and Workforce Development, the number of people who have sought jobless benefits since mid-March has surpassed 718,000. Murphy first issued a state of emergency due to the pandemic on March 9. Over the next weeks, he closed shops, malls and restaurants — except for takeout and delivery — and ultimately issued a stay-at-home order on March 21. The resulting closure of all but essential businesses, including grocery stores and gas stations, has prompted massive unemployment.

Federal data shows that more than one in 10 New Jerseyans was out of work during the week ending April 4. At the same time, state officials released the March unemployment report on Thursday. Based on surveys taken during the week of March 12, which predated many coronavirus-related business closings, unemployment in March held steady at 3.8%.

While total unemployment does not yet approach the levels of a third or more seen during the Great Depression of the 1930s, the weekly jobless filings are historic, said Michael Merrill, director of the Labor Education Action Research Network at Rutgers University’s School of Management and Labor Relations.

“It’s historic in the sense of the rapidity with which we are approaching depression unemployment levels,” he said. “There’s been unemployment at this amount during periods in the past in real strong downturns — we’re talking the 1870s, 1890s, 1930s. But they haven’t come on so rapidly or been across the board.”

According to state data, New Jersey suffered four years during and following the Great Recession in which more than 400,000 were unemployed and the rate exceeded 9% of the labor force. But no single week’s initial claims during that time even came close to the last month’s weekly filings, with the prior largest weekly filing around 46,000 in November 2012.

In an attempt to maximize resources and keep patients safe, many elective procedures have been rescheduled or canceled. What does that mean for patients?

“This was a very sudden stop across the board,” Merrill said. “When you get economic depressions like this caused by economic reasons, they sort of ripple through the economy. Here, basically people just stopped leaving the house and so everything came crashing to a halt.”

Based on claims processed from March 15 through April 11, the hardest-hit sectors have been food and accommodation services, doctors’ and dentists’ offices, hair and nail salons and employment agencies, state officials said.

The state has paid close to $425 million in unemployment benefits for the six-week period from March 2 through April 2. The federal government is supplementing state benefits due to the extraordinary nature of the outbreak, and New Jerseyans collecting unemployment had their first $600 supplemental weekly benefit deposited in their accounts this week. The first additional payment was for the week starting March 29 and these payments will continue weekly through the end of July.

New Jerseyans continue to have a difficult time filing for unemployment benefits due to both the large numbers of individuals trying to file and the capacity of the department’s more than 40-year-old computerized claims system.

The department has made a series of improvements in an effort to serve more customers quicker. Among the most significant steps was reprogramming computers to accept about 60% of the claims that were being kicked back for an agent to review, according to state labor officials. The department also added phone lines and distributed hundreds of laptops to staff so they could process claims from home.

“I feel confident because of these upgrades many more of our customers can self-serve, and our staff can get to more of those who are unable to resolve their issue with the resources we’ve added,” said Robert Asaro-Angelo, the state labor commissioner.

More than 90% of new applications for unemployment are being filed online at myunemployment.nj.gov and the department is backdating claims so that no one will lose any benefits if they can’t get through right away.

Murphy encouraged anyone who is looking for work to visit the state’s jobs portal —jobs.covid19.nj.gov. There are openings in food distribution, warehousing, health care and other industries in demand during the pandemic.

“There you will find literally tens of thousands of jobs at hundreds of essential employers across the state and across an array of industries,” he said.

In unemployment data reporting, there are slight discrepancies between federal and state reports, with the federal numbers based on advanced reporting while the state reports final data. 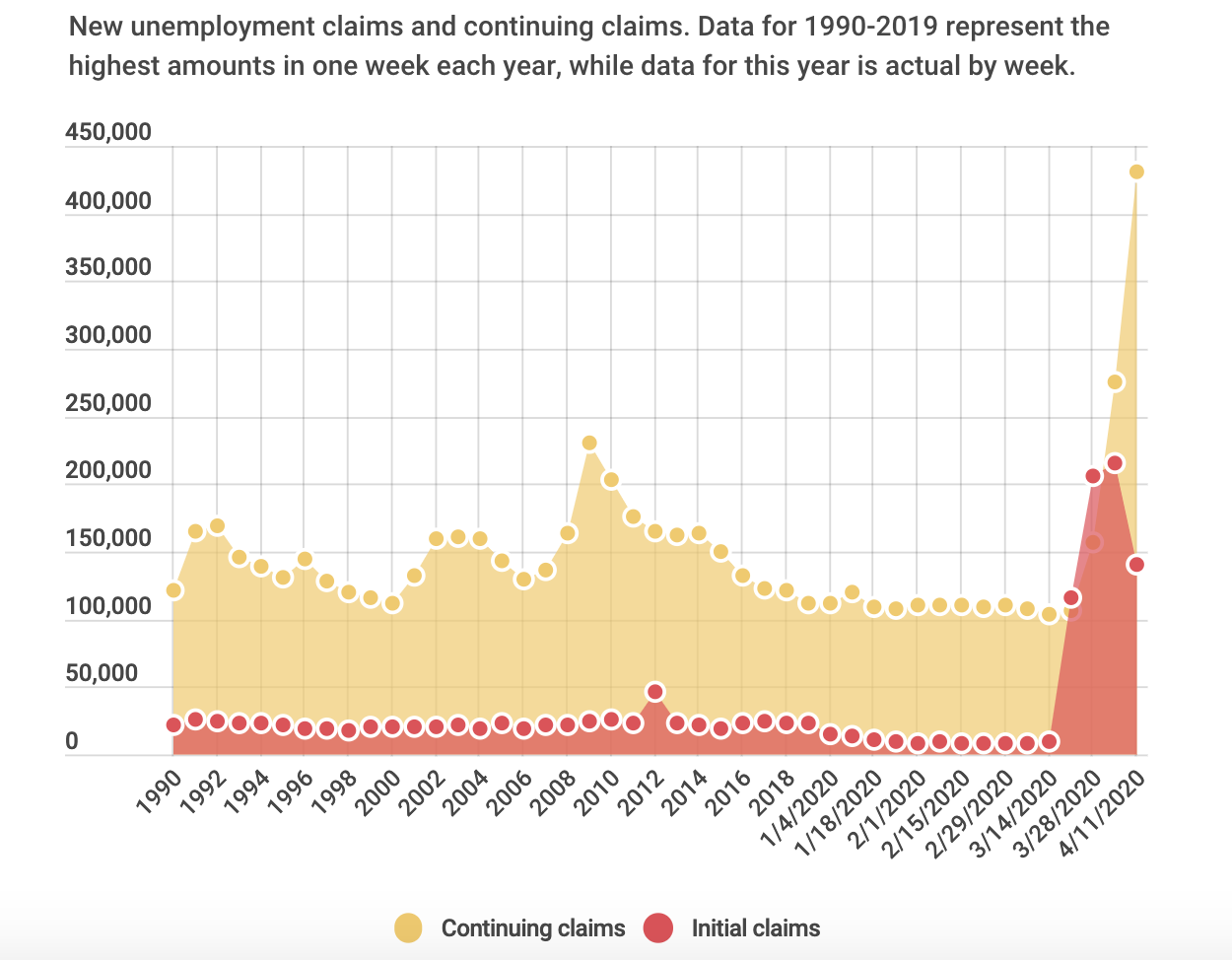 The New Jersey Marathon and Half Marathon were scheduled to be held in and around Long Branch on Oct. 16 and 17.

‘My mind’s made up’: Trusted vaccine messengers in Camden have their work cut out for them

An effort to get Camden barbers to act as trusted messengers for the COVID-19 vaccine shows how hard fighting misinformation really is.