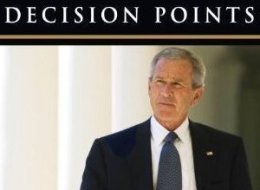 Former President George W. Bush’s memoir Decision Points is out and selling well.  Even if you haven’t read it you’ve probably heard about some of the revelations in it —  Bush’s regret about his response to Hurricane Katrina, his defense of his waterboarding decision, and the fact that he considered taking Dick Cheney off the 2004 ticket.  This hour, we get two different views of Bush’s presidency.  Our guests are DAN FROOMKIN, Senior Washington Correspondent for the Huffington Post, and ANDREW RUDALEVIGE, an associate professor of political science at Dickinson College.

A new report from the United Nations estimates that 17% of food produced globally is wasted each year. But the report notes the need for better data on food waste globally.