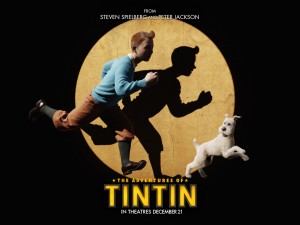 The Adventures of Tintin, Steven Spielberg’s new motion-capture animated film about the boy reporter/detective, opens this week. The film is adapted from the popular comic books of Tintin and his dog, Snowy, who pursue criminals and treasure, along with a rich cast of characters and adventures that often take them to exotic outposts all over the world. We’ll talk to film critic and Tintin enthusiast PIERS MARCHANT and Wall Street Journal children’s book critic MEGHAN COX GURDON about the books behind the new film, created by the Belgian comic book writer Herge in the ’20s through the ’70s.

In some of the 13 countries surveyed, favorable views of the U.S. have fallen to record lows. Pew started polling on the topic nearly two decades ago.

Antarctica is still free of COVID-19. Can it stay that way?

At this very moment a vast world exists that’s free of the coronavirus, where people can mingle without masks and watch the pandemic unfold from thousands of miles away.