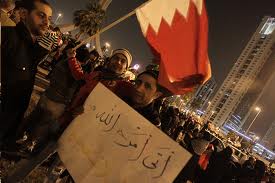 Anti-government protests continue to spread across the Middle East. After uprisings toppled governments in Tunisia and Egypt, protests, some violent, are growing in Libya, Yemen, Bahrain, Jordan, Saudi Arabia and even Iran.  What all these countries have in common is a large and growing population under the age of 30 with a high rate of unemployment and autocratic regimes that perpetuate a vast divide between rich and poor.  ABDERRAHIM FOUKARA, Washington, D.C. Al Jazeera bureau chief, joins us for an update.  Then we talk with Time Magazine deputy international director BOBBY GHOSH, who has been writing about the role of young people in the unrest that has taken hold throughout the region.