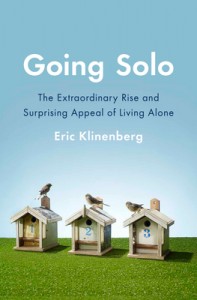 There’s a new demographic trend in this country toward living alone. Thirty-one million people – roughly one out of every seven adults — is choosing to live by themselves – no roommate, no spouse, no kids at home. New York University sociologist ERIC KLINENBERG has spent a number of years tracking these “singletons,” as he calls them, and has found some surprising things. Far from being loners, these single folks are engaged and active in their social and civic lives, and mentally healthy. And Klinenberg believes all these millions of singles are having an effect on the culture. Marty talks with Klinenberg about his new book, “Going Solo: The Extraordinary Rise and Surprising Appeal of Living Alone.”

A year without play: Parents and experts worry about loss of social skills during pandemic

In-person school provided kids with regular, organic social exposure. What happens after a year when that disappeared?

The long, sad process of saying goodbye to a pet

Bidding a beloved animal farewell is hard. Knowing when it’s time can be even harder.

“Fault Lines: Fractured Families and how to Mend Them”

Family gatherings may be physically distant this year but the tensions and old resentments will still show up over Zoom or on phone calls.