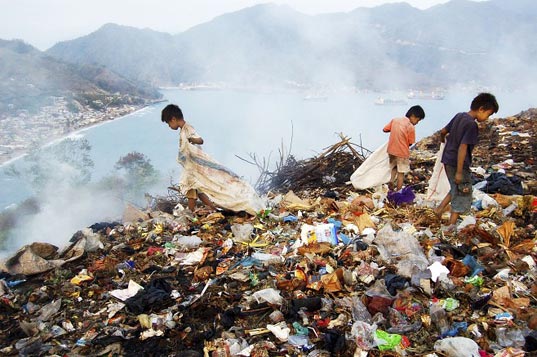 The Zaballeen are the people of the poor neighborhood of Cairo, Egypt, who have developed an economy from collecting the city’s trash for generations. These 60,000 ‘Garbage Collectors,’ independent from the government, recycle about 80% of Cairo’s trash and help maintain the cleanliness of the city with a population of 18 million people. There is a new documentary on the zaballeen called, Garbage Dreams, directed and filmed by our guest, MAI IKSANDER who followed three teenagers and their families to get their perspective of their inherited class. We’ll also talk to T.H. CULHANE, an urban planner, who has worked with the Zaballeen in installing rooftop solar water heaters and other renewable energy, water and waste management systems.
Listen to the mp3

Activists and humanitarian institutions cheered after the U.S. reversed course Wednesday and called for a waiver of intellectual property protections on the vaccine.

U.S. to restrict travel from India over COVID starting Tuesday

White House press secretary Jen Psaki said President Joe Biden's administration made the determination on the advice of the Centers for Disease Control and Prevention.

As a powerful second COVID surge ravages their home country, those in the Philadelphia region with family in India cannot simply stand by and watch.