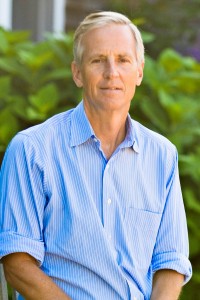 Why did American foreign policy move away from the West and across the oceans? Newsweek’s Editor-at-Large and historian EVAN THOMAS looks at what was behind the manufactured Spanish-American War by profiling the motivations of the men circling around Assistant Secretary of the Navy Theodore Roosevelt: hawks newspaper publisher William Randolf Hearst and Senator Henry Cabot Lodge; and war opponents Harvard Professor William James and Speaker of the House Thomas Reed. Evans takes us back to what really blew up the USS Maine, harbored in 1898 in Havana Harbor, the event that sparked the war, through the examination of how the new concept of Social Darwinism played into Anglo Saxon imperialism. Evan’s new book is The War Lovers: Roosevelt, Lodge, Hearst, and the Rush to Empire, 1898.

Beyond blanket anti-discrimination policies, these federally funded institutions volunteer little about how they screen for extremist or hateful behavior.

It’s a hidden crisis that's existed for years inside one of the most well-funded institutions on the planet and has only worsened during the coronavirus pandemic.

Veterans Day ceremonies honor those who served in the Philly region

Numerous ceremonies mark Veterans Day in Philadelphia, including a reminder of the cost of service at Community College of Philadelphia.