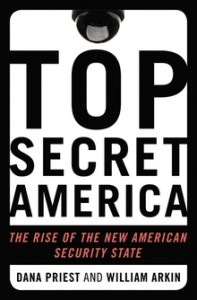 In the 10 years since the 9/11 terrorist attacks commemorated yesterday, the world has been utterly transformed. But so much of what has changed has been done in secret, classified and covered up by officials in Washington DC, especially including the “war on terror.” On today’s Radio Times, Pulitzer Prize-winning journalist DANA PRIEST of The Washington Post joins guest host MAIKEN SCOTT to discuss her decade-long investigation into Top Secret America, the title of her new book. The creation of a multibillion-dollar terrorism-industrial complex, covert wars waged by special forces, and super-secret prisons in America and around the world have reshaped the military, diplomatic and intelligence landscape, but have they made us safer?

The FBI is investigating Trump-Russia ties

Guests: Robert Baer, John Dean FBI Director James Comey announced at a House hearing on Monday that they are inve ...