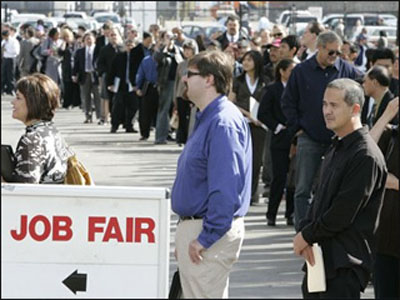 Last month’s unemployment figures and jobs losses came out last week and many economists breathed a sigh of relief. Unemployment numbers remained unchanged, despite the east coast snow storms, and the 35,000 job losses were less than many had expected. This hour, we talk with MARK ZANDI, chief economist and co-founder of Moody’s Economy.com, about the unemployment numbers and what they say about the state of our economy and the fiscal stimulus. We’ll also talk about the financial regulation legislation that is stalled in Congress and the recent jobs bill that passed the House.

‘We owe them a better life’: Delaware approves $15 minimum wage

Three years ago lawmakers fought overnight about raising the lowest legal wage to $9.25 an hour. Now Delaware is joining nine other states with a path to $15.

I helped create the #JuneteenthChallenge. Here’s what I learned.

Rev. David Brown writes about the formation of the #JuneteenthChallenge and what he learned during a month of intentional patronage of Black businesses and institutions.