A vaccination card is now as important as a credit/debit card when you head to Philadelphia restaurants. They are required for all venues that serve food — including catering halls, sports arenas, and movie theaters. (Grocery stores are one exception.) For the first two weeks of the mandate, a negative COVID-19 test taken within the last 24 hours will also be accepted.

Make sure to double-check refund policies as events may be subject to change or cancellation, and expect both proof of vaccination and masks to be mandatory at almost every public event.

The Delaware Division of the Arts named painter Siobhan Duggan the 2021 Emerging Artist Fellow in the category of Works On Paper. Her exhibit, “Fleeting,” based on the beauty of Delaware’s coastal region, concludes its run at the Mezzanine Gallery on Friday. “My work is inspired by the varying landscapes and inspiring world that is coastal Delaware,” she told Delaware.gov. “I’ve always enjoyed drawing in quiet, open spaces; recording places I’ve been; connecting with my local community.” 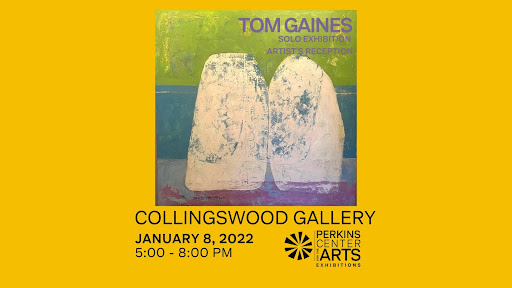 Painter Tom Gaines is opening his exhibition at the Collingswood Gallery at the Perkins School of the Arts. The painter, whose Rock Series is among his recent works, lives in Moorestown, N.J. He says of the series, some of which will be part of the new exhibition, “These forms were influenced by the location of my summer home and studio on Penobscot Bay on the rocky coast of Maine. The forms ignite my imagination. They are a means to organize the forms and to use color in a random and liberated way.”

Viewed through a contemporary lens, the 2000 movie “Pretty Woman” starring Julia Roberts as a prostitute and Richard Gere as the wealthy businessman who falls in love with her, may seem a tad regressive. But that hasn’t minimized its popularity in two decades, so much so that it’s now a stage play coming off a successful Broadway and West End run. Canadian hitmaker Bryan Adams handled the composing duties for the musical adaptation.

David Bowie died in 2016 after a private battle with liver cancer. Yet his legacy lives on through his music and devoted fan base. Philadelphia was a special city to him, as he played 16 shows at the Tower Theater in the 70s, recorded three albums, and shot a video here. The organizers of the Philly Loves Bowie week are Bowie fans who put together a series of events to celebrate him in 2017 and continued doing so each year until the pandemic hit. This was expected to be the comeback year, but the omicron variant caused some events to be canceled, rescheduled, or moved online. Still happening are an exhibit, a masquerade ball, a dance party,

Center City’s winter Restaurant Week has now expanded to two weeks. The 50-plus participating restaurants will offer a multi-course $25 prix fixe lunch and $40 prix fixe dinner that will be available indoors, outdoors, and for pickup. Reservations are not required but recommended, and restaurants now require proof of vaccination for entry. These restaurants offer outdoor seating and these offer takeout. There is discounted parking available for $9 or less as well. 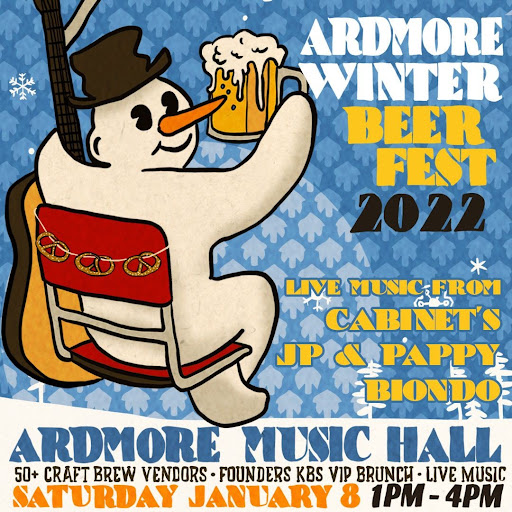 Music, beer, and food — what better combination as temperatures drop to arctic lows? More than 50 craft brew vendors, a VIP brunch, doughnuts courtesy of Federal Donuts, and performances by Cabinet, Pappy and Jp Biondo round out the day. Everyone goes home with a complimentary tasting glass.

Urban Guerilla Orchestra: A Tribute to the Sound of Philly

The Philadelphia-based orchestra is led by Henri McMillian Jr., who has played or performed with a variety of artists including Teddy Pendergrass, Patti LaBelle, Boyz II Men, James Brown, and more. The Philly sound tribute will highlight artists associated with the city’s rich musical legacy, most of whom recorded for the legendary Philadelphia International Records label. Expect to hear songs from McFadden and Whitehead, Pendergrass, the O’Jays, LaBelle, MFSB, and Harold Melvin and the Blue Notes, for whom McMillan was once musical director.

Rock the Organ: From Pink Floyd to Zappa on the King of Instruments

A nostalgic nod to musicians of the past, Trio RCM places the organ at the center of reworked versions of hits from Genesis, Pink Floyd, Frank Zappa, King Crimson, and more. Organist Yves Rechsteiner conceived the idea to bring in percussion and electric guitar and apply the organ to contemporary pop and rock. Collaborators Henri-Charles Caget on percussion and Frédérick Maurin on electric guitar round out the trio.

As we get ready to celebrate Martin Luther King Jr. this month and Black history next month, there continue to be opportunities for increased dialogue between races. One unique idea that has generated some controversy is the “Come Meet a Black Person” event. It’s geared to those who want to dialogue with people they don’t necessarily encounter in their daily lives and do so in a supportive social atmosphere. Cheryle Moses, an African American woman from Georgia, created the event in 2017 after reading that 75% of whites do not have non-white friends and after the success of that initial event, expanded it online. There are several upcoming dates to participate in. The topic this weekend: How you can make a difference in the anti-racism space in 2022.

Wynton Marsalis and Bucks-Montco Pride Fest are also among Philly, Delaware, and N.J. events this weekend for the kickoff of the official summer season.

Juneteenth, Father’s Day, Lisa Loeb, Kidchella in this week’s ‘Things to Do’

Foodtruck Frenzy, Brian McKnight and Movies On The Block are also on tap as Juneteenth and Father’s Day celebrations share the weekend calendar.

Festivals and live music continue their comeback as this weekend’s events also include the Wayne Music Fest, Suburban PRIDE, and Lin-Manuel Miranda.