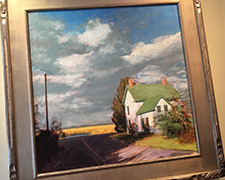 Capturing Light: Landscapes of the Delmarva and Beyond, through October 15th

From the rolling dunes of Cape Henlopen State Park and Cape Cod National Seashore to the industrial buildings surrounding Baltimore Harbor, this selection of paintings by Denise Dumont reflect the artist’s view of the landscape of the Delmarva Peninsula and beyond. Denise Dumont’s work was recently featured on ‘First’. Historic Odessa Foundation’s Visitors Center. 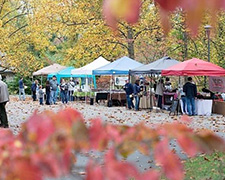 This artisans’ marketplace brings talented artisans from the Mid-Atlantic area to display and sell fine arts, crafts and gourmet items. This premier show will feature works in wood, pottery, jewelry, fibers, metal, and other media. The fair will include a specialty food market. Use Hagley’s Buck Road East entrance off Route 100 in Wilmington, Delaware. 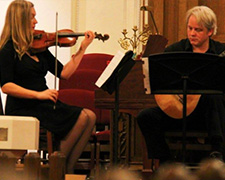 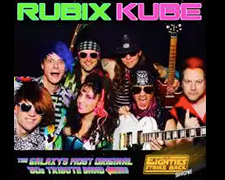 RUBIX KUBE is taking the universe by storm as the most original ‘80s tribute band of all time. Its one-of-a-kind “The Eighties Strike Back” is performed in their NYC headquarters, across the planet, and to galaxies far . . far away. It’s more than just a cover band – it’s a totally awesome, true ’80s Experience! Smyrna Opera House. 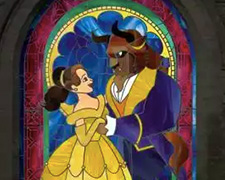 The classic story tells of Belle, a young woman in a provincial town, and the Beast, who is really a young prince trapped under the spell of an enchantress. If the Beast can learn to love and be loved, the curse will end and he will be transformed into his former self. But time is running out. If the Beast does not learn his lesson soon, he and his household will be doomed for all eternity. Possum Point Players Theatre, Georgetown. 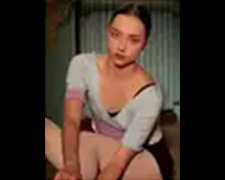 Polina is a drama about a young woman’s search for meaning through her art. Rigorously trained from an early age by a perfectionist instructor, Polina is a promising classical ballet dancer. She is just about to join the prestigious Bolshoi Ballet when she discovers contemporary dance, a revelation that throws everything into question on a profound level. Cinema Art Theater, Lewes.

Two gamers influenced by music will show off ‘X2: The Next Power’ at the METAVERSE concert and gaming event at the Fillmore in April.

Meat Loaf, ‘Bat Out of Hell’ rock superstar, dies at 74

Meat Loaf, the rock superstar loved by millions for his “Bat Out of Hell” album, has died at age 74.