Bucks County has launched a free lunch program this summer to help families struggling in one of the region’s priciest counties.

“People think Bucks County has the bucks and that there isn’t any poverty,” said Eileen Albillar with the Bucks County Opportunity Council. “But we can assure people that there are plenty of people living paycheck-to-paycheck and not able to meet their basic needs.”

Her agency, along with Philabundance and a coalition of nonprofits, is giving away 600 lunches a week to kids at homeless shelters and farmers markets. 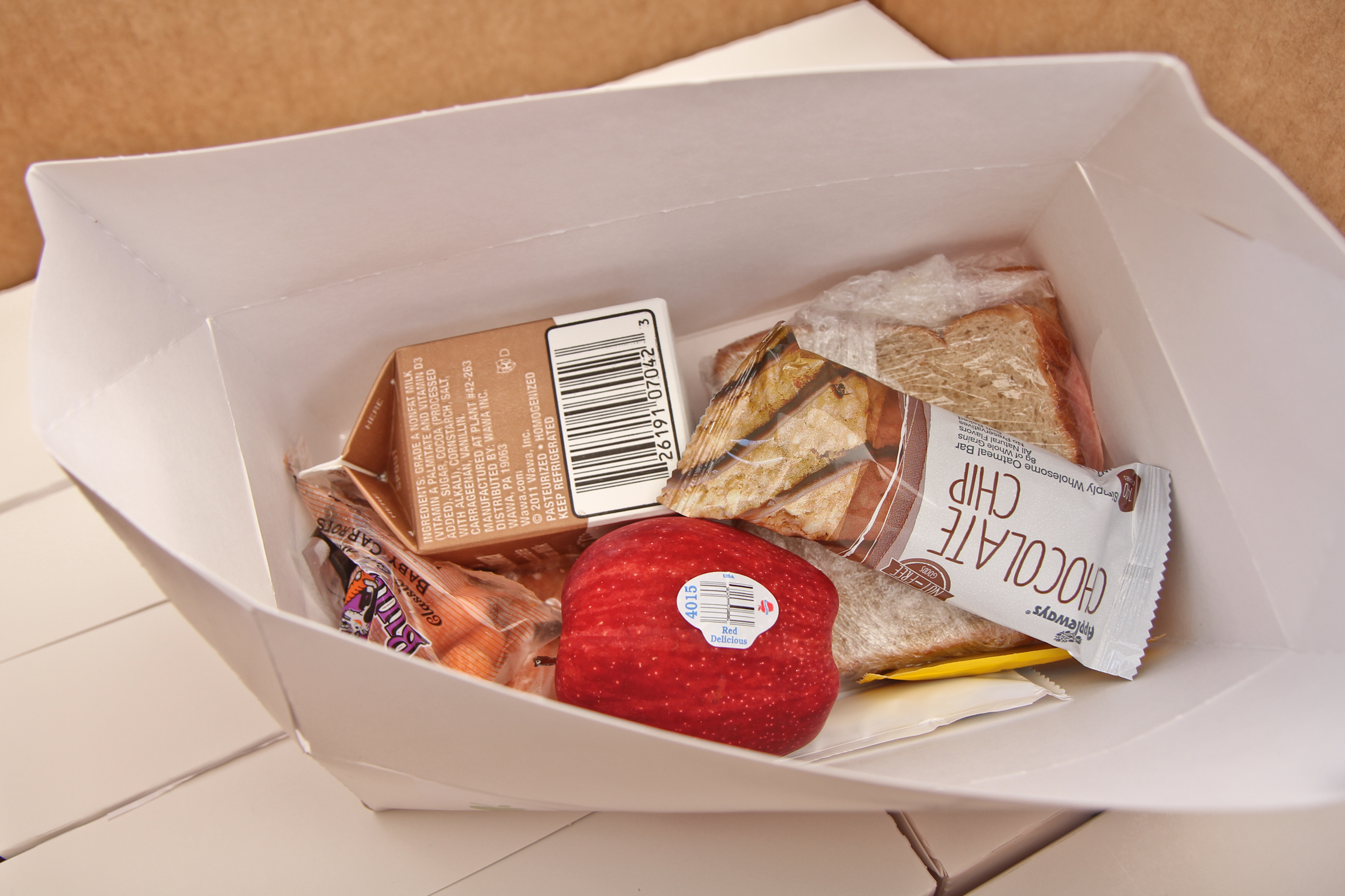 Boxed lunches are available to families with children at a food giveaway in Warminster, Pa. (Kimberly Paynter/WHYY)

According to data from Public Citizens for Children and Youth, the number of Bucks County kids eligible for free or reduced-priced school lunches has increased more than 50 percent since 2008. Albillar estimated that her agency serves about 10,000 people in the county who experience a variety of economic insecurities — but she said they’re not reaching everyone.

“We know that more than 6 percent of Bucks County residents are in poverty,” said Albillar, meaning close to 50,000 people are in need.

The area’s high cost of living exacerbates the issue, said Tim Philpot of the United Way. More than a third of the county’s residents are “rent burdened,” spending more than 33 percent of their income on rent, according to U.S. Census data from 2016. “That puts a strain on people’s budget to the point they’re often having to choose between paying rent, buying medicine or eating,” said Philpot.

Southampton resident Kim Shead recently picked up lunches for her 2- and 13-year-old kids and a bag full of fresh produce at the Fresh Connect Farmers Market in Warminster Community Park.

The stay-at-home mom said her husband often works overtime as an auto mechanic.

“But his working around the clock isn’t enough, so we’re very, very tight and struggling,” said Shead. “I found it important to contribute in some way — and I felt like if I can’t work just yet, and believe me I’m looking, I’ll at least try to cut costs and find good programs like this that are willing to help.”

The lunch program will run through August, with Fresh Connect farmers markets running year round. The Bucks County Opportunity Council has more information for those seeking food assistance on its website.

Thieves go after the catalytic converters because they contain precious metals with skyrocketing values.

A coalition of Bucks County community members are honoring banned books and spreading awareness of local issues around censorship.

After commissioners intervene, Bucks County may not privatize its sewer system

Bucks County’s water and sewer authority was in talks to privatize its sewer system for $1.1 billion. But county commissioners may have stopped the deal.