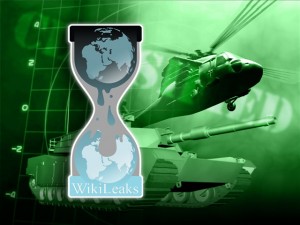 On Sunday night, the shadowy international network of open-government and antiwar activists known as WikiLeaks posted online more than 92,000 classified documents that documented the realities of the nine-year war in Afghanistan. WikiLeaks shared the documents, whose origin was not identified but is the source of a U.S. investigation, with The New York Times, Germany’s Der Spiegel and the Guardian of London, and the newspapers conducted their own investigations. Among the details gaining the most attention: further evidence that Pakistan’s ISI military spy agency continues to collaborate with Taliban in Afghanistan; reports that Taliban fighters were using heat-seaking surface-to-air missiles against coalition aircraft; and reports of heavier civilian casualties caused by U.S. drone strikes than U.S. forces had previously acknowledged. But the leaks did not stop Congress from approving $37 billion in more funding for the wars in Afghanistan and Iraq this week. Joining Marty to discuss these developments are BILL ROGGIO , managing editor of The Long War Journal, a U.S. Army veteran who has reported many times embedded with U.S. troops; and LAWRENCE J. KORB, senior fellow at the Center for American Progress and assistant secretary of defense under President Reagan.