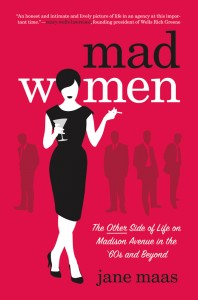 [REBROADCAST] As soon as people hear that JANE MAAS worked in a 1960s ad agency, they can’t help but ask if the television show “Mad Men” gets it right — the booze, the sex, the sexism?  Jane Maas started in the advertising world as a copywriter for Ogilvy & Mather but eventually became an executive directing campaigns like “I Love New York.”  She’s now written a book on her early years in advertising and her struggles trying to get ahead in a male-dominated business.  It’s called “Mad Women: The Other Side of Life on Madison Avenue in the ’60s and Beyond.” With the long-awaited fifth and final season of AMC’s Mad Men premiering this weekend, we’ll find out if Don Draper is fact or fiction.

The “Great Resignation:” why Americans are quitting at record levels

Americans are quitting their jobs at record levels. In August, 2.9% of workers resigned to take new jobs or to stop working altogether. What's behind the "Great Resignation?"

Camden County is making another $10 million in federal aid available to struggling businesses to help them survive the COVID-19 delta surge.