Listen on WHYY-FM, watch on WHYY-TV or stream online. 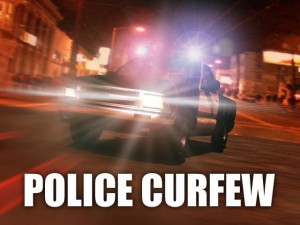 Parts of the small city of Chester are under curfew in response to a series of murders earlier this summer. Those murders, with victims including a 2-year-old child, competed for headlines with the successful debut of Chester’s major league soccer team, the Philadelphia Union, with the stadium the latest of the city’s ambitious redevelopment efforts that include Harrah’s casino. Joining us to discuss the murders, the city’s response and what else is going on in Chester is Mayor WENDELL N. BUTLER JR., the city’s former police chief. Then we’ll talk to Delaware County District Attorney G. MICHAEL GREEN about the challenge of prosecuting the violence in Chester, and what his office is doing about it. Then, we’ll hear from two people working at the grass-roots to address the violence in Chester: NICOLE COGDELL, president of Women of Strength United for Change, which advocates on behalf of victims’ families and for crime prevention; and JANET S. RILEY-FORD, program coordinator of the Chester Youth Collaborative.

The missing girl’s mother asked the public to focus on her daughter’s innocence and stop spreading hurtful rumors online.

DEA says community outreach efforts — including sponsoring after-school and summer programs — are as vital as its law enforcement mission in addressing the opioid epidemic.

Down the Shore
Courts & Law

Police in Wildwood are searching for a teenager who was reported missing early Sunday morning. Trinity Christianson, 13, failed to ...