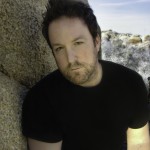 ANTHONY SWOFFORD was a U.S. Marine Corps sniper in Operation Desert Storm.  He wrote about his experience in the gritty, bestselling book, “Jarhead,” which was also turned into a film.  Now Swofford has a new memoir out on his experience returning home after the war, “Hotels, Hospitals and Jails.”  In it Swofford writes about adjusting to civilian life and his sudden literary fame that fueled a wild life of sex, drugs and alcohol.  His new book also details his brother’s death and his attempts to reconcile with his father, a Vietnam vet who is dying of lung cancer.  Swofford talks to Marty about his new memoir and how he found his way out and about a recent article he wrote for Newsweek about the epidemic of suicides in the military.

To understand the Vietnam War, you’d have had to live through it

The Vietnam War impacted much more than its name implies. For people like my parents, we don’t talk about it. Like the American public, we’ve just accepted what’s been said.