We live in a society in which we “vote” for everything.

We vote for our favorite American Idol. We vote for a tasty dish on social media. We even vote for whether we “like” something every time we tweet, share or snap the latest moment of our lives.

The problem is, we don’t always vote when the stakes are high and our voice really needs to be heard.

Gratefully, there’s a movement afoot in Philly that is seeking to make some noise at the ballot box this year by activating the voice of first-time voters throughout the city.

Over the summer, a group of college and high school-aged students got together at the invitation of author/activist Lorene Cary to see how they might mobilize their network of peers to get involved as eligible voters. Using the milestone moment of turning 18 as the motivation to make a difference, the youth devised a campaign that would use their respective networks to encourage their peers to do one simple act: “Vote That Jawn.”

The word in Philly’s urban lingo that has come to typify our city’s penchant for using verbal shorthand to communicate meaning when no single word will do.

The students picked it up and made it the centerpiece of their campaign.

With a little help from Cary and colleagues, friends and co-conspirators like me, the Jawn has grown to include an event being launched on Saturday, September 22, at the studios of WHYY in which dozens of youth from across the area will brainstorm then pursue their ideas for getting their friends to get registered and become vote ready.

They birthed a #votethatjawn hashtag.

They created an instructional animated video on the how-to’s of registering to vote … they wrote a catchy song … they created a fly logo and wearable merch. All designed to inform and motivate the nearly 20,000 Philadelphians turning 18 this year to exercise their right to vote.

But the reality is that, unless these newly eligible citizens register by October 9, they won’t be able to vote in the midterm elections come Tuesday, November 6. Which is why the VoteThatJawn must be more than just a one-time event on a Saturday afternoon. The ideas that emerge from the Jawn will be pressing youth in every school, neighborhood and hangout spot to sign up to register — then show up to vote.

Despite the energy and enthusiasm, the forces behind the Jawn look through the lens of reality in knowing that getting young people in the ‘hood to vote is no easy task. Data show that since the Parkland shooting this past February, voter registration rates across the country have increased — with Pennsylvania leading the country in new voters being registered. But in neighborhoods that have felt the sting of neglect for so long, skepticism is a very real barrier to overcome.

However, the students of the Jawn remain undaunted.

They realize that if they don’t vote, they won’t count.

They understand that their voices will only be heard if they refuse to remain silent.

They are resolved to the fact that change will only happen if they make that change happen.

So, it doesn’t matter if we call it a jawn, a ballot or a lever.

The power is not in our words.

It’s in our actions. 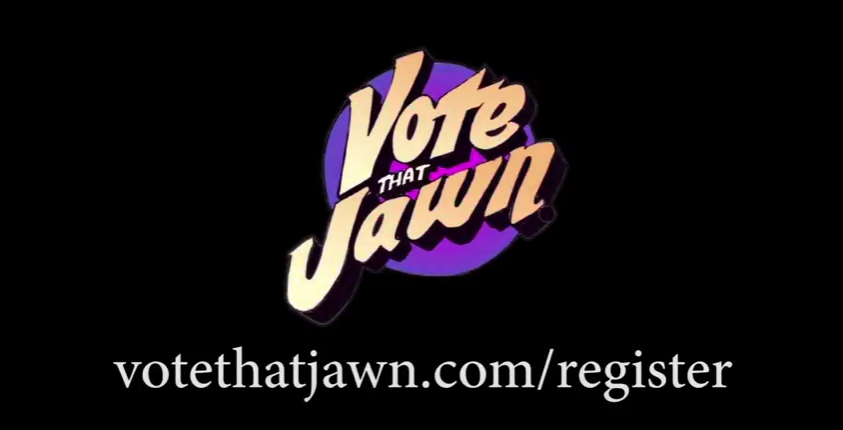 David W. Brown is the Assistant Professor of Instruction at Temple University’s Klein College of Media and Communication.

The divided House of Representatives voted Wednesday to establish the five-member Select Committee on Restoring Law and Order.

Only half of the millennials voted during the last national election. Vote That Jawn, an initiative built and promoted by young Philadelphians, wants to change that.