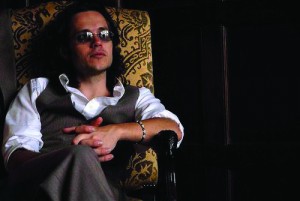 Philadelphia songwriter, arranger, producer and multi-instrumentalist ANDREW LIPKE comes in to the Dorrance H. Hamilton Media Commons with the Azrael Quartet to play selections from his new CD, “The Plague.” In this ‘Radio Times On-Stage’ live broadcast, Marty will be interviewing Lipke in front of a live audience and will be sure to ask about his childhood in South Africa. Lipke was drawn to music at an early age and honed his songwriting skills in the mid-90s at Philadelphia’s University of the Arts, several years after his family immigrated to the United States. He’s produced his own albums and has developed a reputation as a go-to producer for other artists. Lipke is also a musical ringer in the regionally-based, national touring Led Zeppelin tribute band, Get the Led Out.

For 50 years, George Lakey has been organizing sing-alongs of George Frideric Handel's iconic oratorio, a beloved part of the holiday soundtrack.

Arts & Entertainment
Things To Do

For Fourth of July, Wawa hosts a series of free events all over the city. There’s always music, but this is the first year a gospel choir will perform at Independence Hall.

Everyone’s talking. Is anyone listening?

A Jew and two Arabs walk into a room. They play beautiful music together, erasing the cultural, political, and religious boundaries that ...