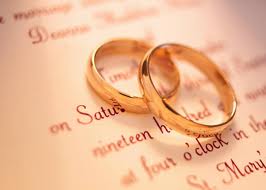 A recent Pew /Time Magazine poll found that four out of every ten Americans think that marriage is becoming obsolete and unnecessary, but three quarters of people surveyed said raising kids is best done in a home with married parents. So where is the disconnect?  The fact is that in 2008, 41 percent of babies were born to unmarried moms and 25 percent of children lived in a home with just one parent.  So who is getting married and who isn’t? And given the changes of family, is marriage still necessary or an idea whose time has gone?   We’re joined by marriage researchers STEPHANIE COONTZ and BRAD WILCOX.

The Johnson Amendment; a view from the GOP; news fatigue