Scientists are using the aging Hubble Space Telescope to determine the components of the atmosphere of a so-called super-Earth planet 40 light years away that orbits its sun every 18 hours. Hubble’s successor, the James Webb Space Telescope, is making steady progress towards a launch in October 2018. Unlike Hubble, it will be placed one million miles form earth and unserviceable. Also unlike HST, JWST will not work in the visible spectrum but in the infrared regions detecting heat energy from the faintest galaxies in the universe.

Last week we spoke of the first direct detection gravitational waves created by events such as rapidly spinning neutron stars, what we call pulsars. Pulsars were first identified by then-graduate student Jocelyn Bell 48 years ago.

This week, Jupiter and the moon ride the night together – Tuesday rising about 7:00pm until sunlight washes them from the low SouthWest sky at sunrise. 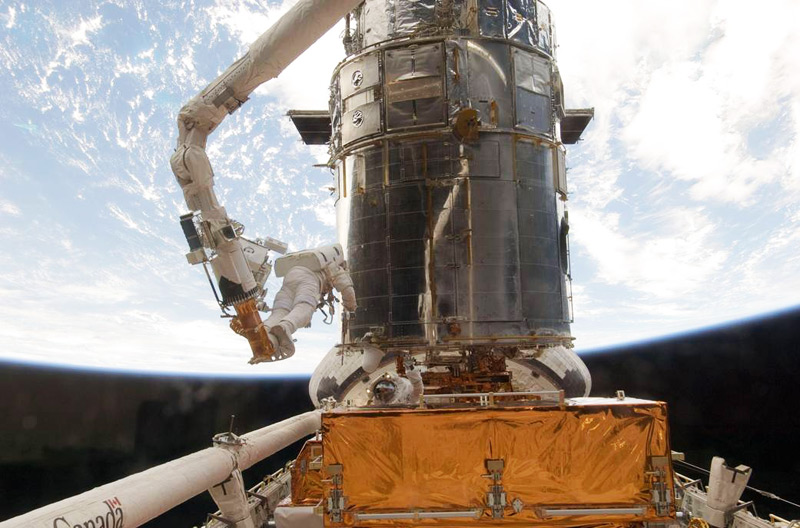 Brought to you by Skytalk

Skytalk is hosted by WHYY's Dave Heller. Each week he discusses the latest news in astronomy with Dr. Derrick H. Pitts of the Franklin Institute.

NASA has called off its second launch attempt for its new moon rocket because of yet another fuel leak.

An autobiography of the Milky Way

A new book is written from the witty, sharp, sometimes self-indulgent perspective of our Milky Way galaxy, detailing what it's like to look down on tiny planet Earth.

‘All or nothing’: Scientists search for extraterrestrial intelligence

Humans have long asked the question, “Are we alone?” These SETI scientists are on a quest to find out