ZIP code 19106 includes portions of several prominent Philadelphia neighborhoods. Search for it on Google Maps and you’ll see its eastern border falls in the middle of the Delaware River. It encompasses the boutiques and cobblestone streets in Old City and the ritzy neighborhood of Society Hill. It reaches over to Washington Square West and it’s home to some of the most visited historic sites in the country, such as the Liberty Bell and Betsy Ross House.

But not all the residents in ZIP 19106 live in luxurious high-rise apartments or colonial row homes. I took my camera around the neighborhood to shoot and talk with an array of people who call this area of Philly home.

We’ve lived here since September of 2014. It blows my mind how we’re right in the heart of historic Philadelphia. There are plenty of restaurants and bars in Old City, most of which we can’t really afford to go to, but hey!

We live on a 27-foot sailboat, named Syrena, in a marina on the Delaware River. It’s an eclectic group of people living aboard in this marina, and everybody helps each other out. It’s a bit surreal because we are surrounded by expensive condos and an Italian restaurant. We are their picturesque view! Winters are a challenge but we’ve made it through two of them so far.

Along Columbus Boulevard there’s not really much in terms of amenities. It would be nice to have a grocery store nearby, for instance.

The marina feels safe because it’s a community here looking out for each other.

I’d like to see more use of the river besides Morgan’s Pier and Spruce Street Harbor Park in the summer. 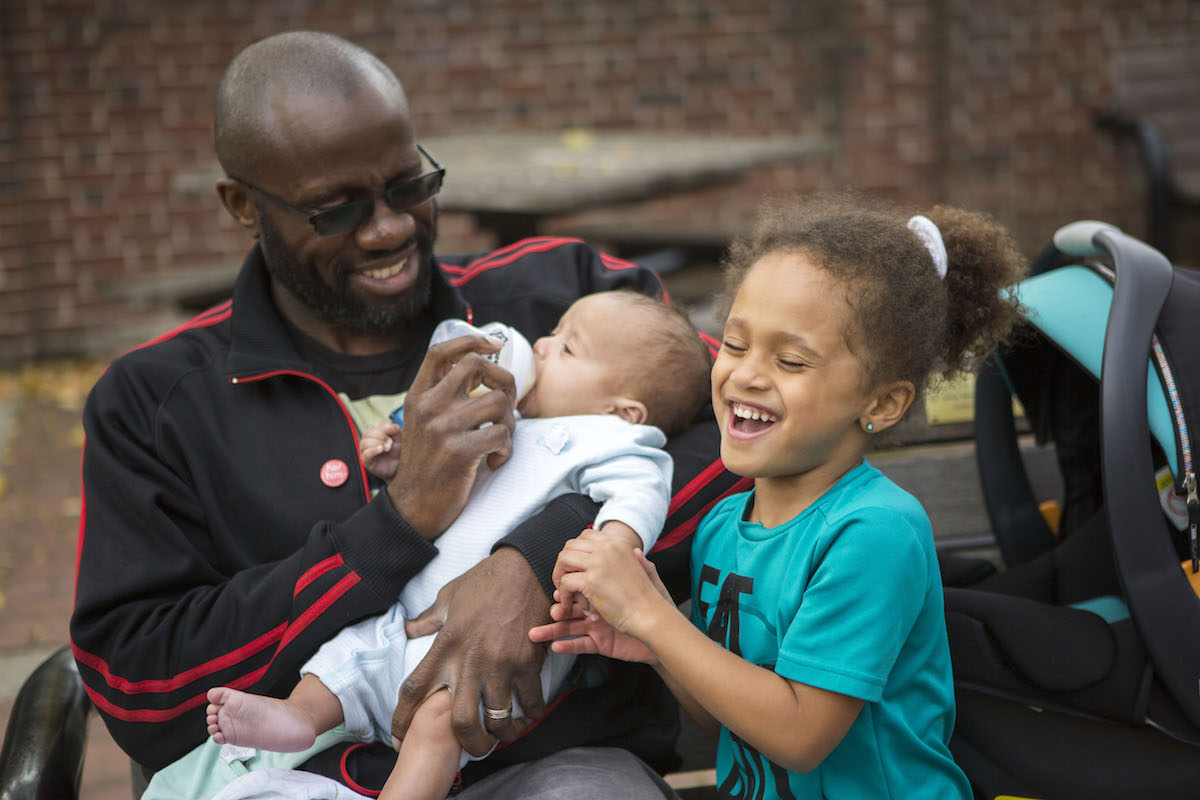 We lived in 19106 for five and a half years give or take. We were living in a one bedroom with an 18 month old and needed more space.

I liked the convenience. We were close walk to a lot of great shops, definitely a lot to do culture-wise. The convenience of being close to the El. If I wasn’t working I was walking everywhere and taking the train, which was really nice.

Parking, in all honesty would have to be my biggest complaint. If you got home late or if you forgot that it was first Friday, you might have to park at Spring Garden or Callowhill and walk down. 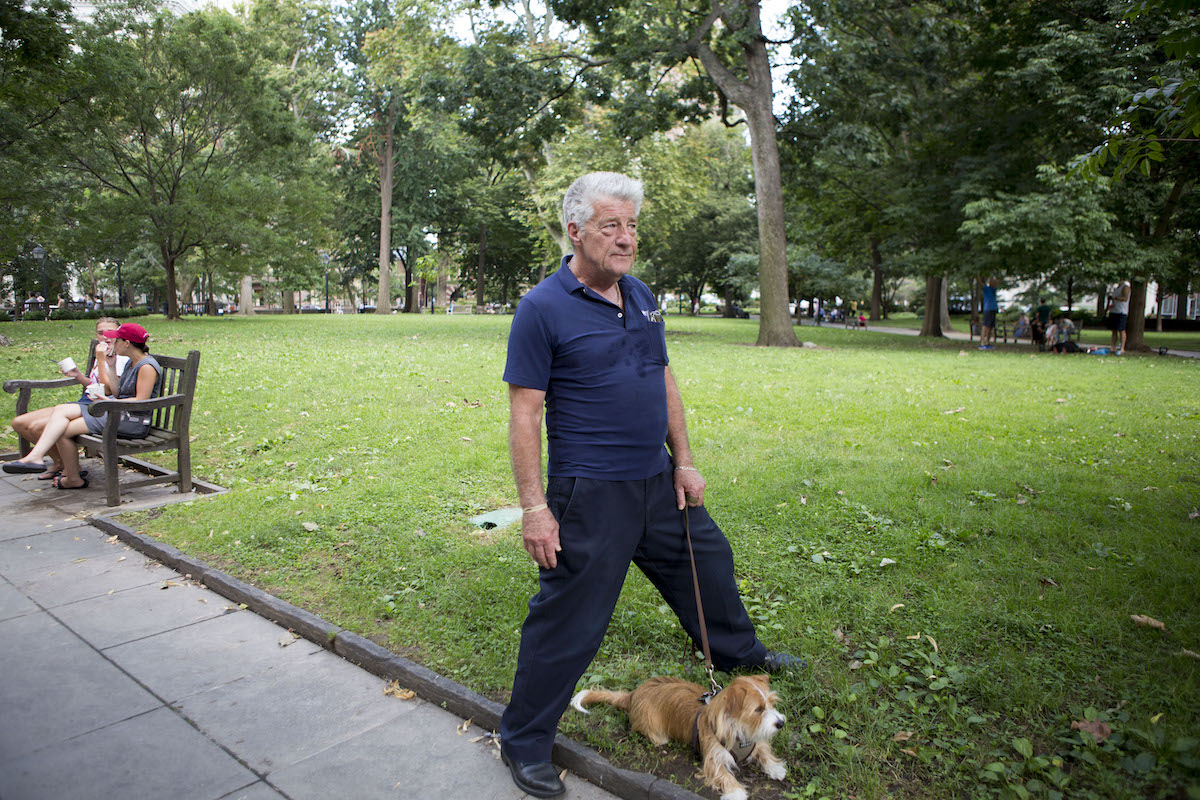 I’ve lived in Washington Square West for 10 years now. The nice thing about it is that you have access to Washington Square, which is less crowded than Rittenhouse Square. Also it’s the heart of Society Hill, which is a quiet enclave, mostly retired people. Baby boomers mostly.

The area I used to live in was mostly medical students and it was marginal, you know, there was a lot of low income housing. Here, not so much, because no one can really afford it anymore, with rents going up. A lot of my neighbors who own just got hit with an increased state tax and also a property tax all at the same time. My rent went up three months after I moved in.

My favorite thing is the quietude. Not so much the privacy, but it’s very quiet in this neighborhood. Mostly everybody goes to work and I work nights with my days free. Most the days since I’ve been here have been very quiet. I’m able to write and relax and contemplate my fate.

I write short stories mostly. Some spiritual, some civic, others are just dramatic short stories, romance stories, crime stories, novellas, and poems. A lot of poems. I’ve been writing poems since I was 21.

I am the owner and resident of 713 Sansom Street. I’ve lived here for 18 years. This is Jewelers Row as everyone knows. It is becoming more residential on the upper floors. It is a destination for out of town customers to shop for the jewelry. Local costumers too.

I love it. I love living here and just being accessible to everything within walking distance.

No crime, pretty safe area. I always take my kids to Washington Square Park with bicycles, scooters, and skateboards – or just me and my wife will venture out.

Business is not the same, it’s not as much traffic as it used to be, but otherwise I think the neighborhood has changed for the better. They’ve cleaned up the streets a bit and more greenery.

I would change what people destroy in Old City, like historical buildings or streets. I would love to change that so people come back and fix it the right way.

I’ve lived here for about a year and a few months. I was in the Outley House Homeless Shelter program. I got evicted. I missed a day and got kicked out. It’s very strict.

This was the area where the housing project is, where I’m on a waitlist.

Last winter, I was buried in the snow out here. I went to my Mom’s house, stayed over there for a couple of days. She lives in a housing project, like Section 8 housing program. Her kids can go visit and leave but we can’t stay or anything really. She would lose her housing. I don’t want her to lose her housing.

Nice apartments have been built down the street. A few being built right there, a whole lot of places over there. It makes me feel good. Neighborhood is looking good, making improvements.

I’m hoping for housing. I got a job waiting for me – one as a telemarketer and one as a bank teller. They’re waiting for me to get my apartment first to give me my hours.

A lot people talk to me, a lot of people stop; help me out a little bit with some funding, food. I feel protected over here.

The new awards honor city workers and those in the community who help newcomers make the transition to Philadelphians.

To ensure a “successful production” as the Schuylkill gets dredged, the Dad Vail Regatta will be held at Cooper River Park in Pennsauken, N.J. for 2023.

The company is working on ways to improve distribution and cut the ribbon on a new Philly facility.