A festive feeling (and lower temps) is in the air during the last weekend before Halloween descends upon the Delaware Valley. Classical music lovers can enjoy some of the best works of Mozart and Wagner, Edward “Junie” Henderson will do his best to fill Prince’s high-heeled boots with his Prince tribute band and in Delaware, a new exhibit opens featuring the work of a Victorian-era power couple.

Choreographer Victor Plotnikov, a Ukrainian native, developed this ballet based on Bram Stoker’s classic “Dracula.”. The original take on the story of the Transylvania bloodsucker was informed by the 1931 film starring Bela Lugosi and the 1992 movie with Gary Oldham. A former principal dancer at the Boston Ballet; he not only wrote the classic ballet’s script, but also supervised the set design.

A Marriage of Arts and Crafts: Evelyn and William De Morgan

In their day, the Victoria era, Evelyn and William De Morgan were a power couple. He was a pottery maker, she was a painter and they lived their best artistic lives as supporters of each other’s work and activism. William is known for his brilliantly-colored shimmering pots, plates, and tiles, while Evelyn’s paintings are infused with symbolism from Italian Renaissance painter Botticelli. An exhibition of their work, “A Marriage of Arts and Crafts: Evelyn and William De Morgan begins this week at the Delaware Museum of Art.

Made in New Jersey Festival

If you’ve ever passed by the Lower Trenton bridge emblazoned with the creed ‘Trenton Makes, The World Takes’ then you know the overall ethos of the Garden State. The nickname is a fitting one. New Jersey is one of the nation’s top producers of produce, including: blueberries, bell peppers, apples, and squash. At Saturday’s Made in New Jersey Festival, produce vendors along with brewers, artisans, and craftspeople will be featuring a wide variety of things originating from the state.

If the recent success of Philly’s sports teams has you wanting to celebrate (Go Phillies, Eagles, Sixers!), head to King of Prussia this weekend for Taste! Philadelphia Festival of Food, Wine and Spirits. It will feature all the items you would need for a tailgate, watch party, or just a good time. Chef Ben Robinson, musician G. Love, actor Kurt Russell, and members of the National Black Chef’s Association will be on hand to showcase their food, drink, and wine businesses. Organizers suggest you eat beforehand, as food offerings will be sample-size… and given the number of adult beverage tastings, having a full stomach is likely a good idea.

At the 7th Philly Vintage Flea, more than 50 vendors will be on-site with an array of vintage items. Those with early bird tickets will not only get the first pick of items that are said to range from clothing to collectibles, but also a tote bag. General admission starts an hour later, at noon.

Tamar Braxton, Sheila E., and Erica Campbell will lend their talents at Radio One’s Sisterhood Event. The commitment to empowerment feels like an authentic one as Radio One is one of the few media companies owned by a Black woman, Cathy Hughes. All three stars are scheduled to speak, although no info has been released on if they are also performing. Other sessions and panels on wellness, finances, and more are planned.

Philadelphia has been the backdrop of many films. Of course, “Rocky” is arguably the most famous movie to ever be filmed in the city, along with portions of its sequels and the “Creed” reboot. Given that history, it’s no surprise that the Philadelphia Film Festival is celebrating its 31st year. The 2022 Festival includes the Philly debuts of the anticipated films “The Banshees of Inisherin,” “Glass Onion: A Knives Out Mystery” and “Till.”

Pride and Prejudice: Intersections at the African American Museum in Philadelphia

The Jane and Littleton Mitchell Center for African American Heritage at the Delaware Historical Society have partnered with AAMP to host Pride and Prejudice: Intersections at the African American Museum in Philadelphia, a panel discussion about the intersections between being Black, brown or LGBTQ+. The panel includes Rev. Meagan McCloud, queer poet Kai Davis, and Kiron Williams. It will be moderated by author, thought leader, and racial equity practitioner Dennis Maurice Dumpston.

Save Our Children Youth Explosion

Philadelphia’s most vulnerable young people have been the silent victims of both gun violence and mental health challenges as a result of the pandemic. In an effort to provide assistance and support for children and families who struggle to receive it, the West Philadelphia Boys and Girls club is sponsoring the Save Our Children Youth Explosion, a day of “hope and learning” for children 5-12 that includes free workshops, entertainment, lunch, and a dinnertime food truck meal for 100 families.

It’s the great pumpkin, Chadds Ford. In fact, over 70 pumpkins will be carved by artists, then lit and displayed in The Great Pumpkin Carve 2022, the three-day celebration of fall. All-ages activities include a haunted trail, a raffle, live music, and food. Adults can purchase local craft beer and wine.

Note: No pets allowed and organizers say the main event space will be challenging to navigate for those who rely on wheelchairs and power scooters. 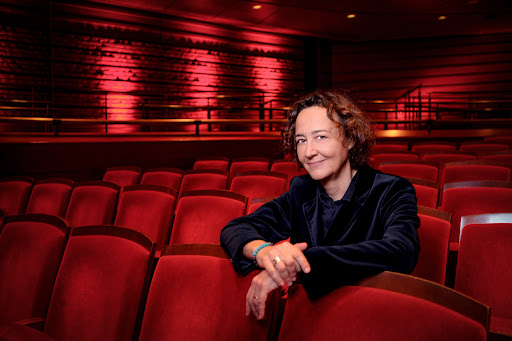 The Smashing Pumpkins have been around for over three decades and they are showing no signs of spoilage. Two-time Grammy Award winners Billy Corgan and Jimmy Chamberlain are set to release their tenth studio album “Atum: A Rock Opera in Three Acts,” later this year. The first single “Beguiled” is out now.

Though it has traditionally been a non-inclusive space, in recent years, classical music has opened up to showcase the work of more artists of color. Sphinx Virtuosi is one of the leading examples of diversity in the genre as the group includes 18 of the leading Black and brown classical musicians in the country. Valerie Coleman’s “Tracing Visions” and Jessie Montgomery’s “Divided” will have their Philadelphia debuts at Sphinx Virtuosi’s concert.

Country? Americana? Roots music? Whatever you name it, the Del McCoury Band can play it and will do so at their Sellersville concert. The 83-year-old is joined by his sons Ronnie and Rob. Del McCoury’s extensive career and 16 studio albums have earned him 31 International Bluegrass Music Association awards.

The All-Star Purple Party: A Tribute to Prince

One of the greatest musicians of his time, Prince Rogers Nelson departed this dimension in 2016. Years after his untimely passing, fans, collaborators, journalists, and musicians continue to advance his enormous legacy in a myriad of ways. For Edward “Junie” Henderson, it’s by donning the purple sparkly trench coat and fronting a tribute band that pays homage to the Minneapolis genius’ life and work. You’ll get to see how well he does at City Winery this weekend, where he’ll lead The All-Star Purple Party: A Tribute to Prince.

Maxwell, Dickens Fest, Johnnyswim, Holiday Parade in this week’s ‘Things To Do’

Dec. 1 - 4: Maxwell, Holiday Parade in Philly, bowl with the Eagles in N.J., and Newark Winterfest in Delaware are among this week’s highlights.

Nov. 17-20: National Dog Show in the Philly suburbs,Tower of Power in N.J., and a James Weldon Johnson tribute in Delaware are among this weekend’s highlights.

Halloween celebrations, PJ Morton, and Philly jazz summit in this week’s ‘Things To Do’

Oct. 27 - Oct. 30: Halloween celebrations, including community and social events in N.J., Philly, and Delaware, are among this week's highlights.