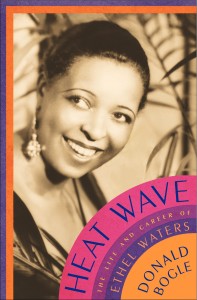 The singers Billie Holiday and Ella Fitzgerald were influenced by her. Lena Horne described her as “the mother of us all.” The Chester, Pennsylvania-born singer and actress Ethel Waters started her career out in black vaudeville, became one of the first African American women of the early 20th century to be heard on the radio, perform in Broadway shows, and star in a network TV sitcom. Many of the songs she’s known for are staples in the Great American Songbook, including: “Am I Blue,” “Suppertime” and “Stormy Weather.” We’ll talk to film scholar DONALD BOGLE to help understand the ambitious entertainer who broke racial barriers with destitute beginnings: Waters was the product of a rape-at-knife-point. His recent book is “Heat Wave: The Life and Career of Ethel Waters.”

The Who, New Hope PrideFest, Mutlu, Art in the Open, and more in this week’s ‘Things to Do’

Music, theater, and street festivals dominate the weekend events schedule in and around Philadelphia.

LadyBug Music Festival returns to Wilmington, where female artists will be front and center

LadyBug Music Festival founder Gayle Dillman talks about challenges women still face in the music business, advice for artists, and what to expect at the festival this year.

For their 100th anniversary, robots go ‘Beyond the Binary’ in Philly choral performance

Autonomous technologies help the Mendelssohn Chorus perform a new work about the ethics of robotics.