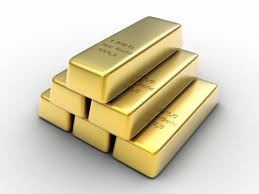 Advertisements offering to buy gold are all over television, magazines and newspapers. Utah just made gold and silver coins legal. Presidential contender Ron Paul is urging the country to return to a gold standard. And some economists are even calling for the U.S. to sell its gold in order to meet its debt obligations.  The price of gold has risen steadily over the last decade and today is hovering around $1,500 an ounce.  What’s behind the new “gold rush” and why in times of economic uncertainty do some people turn to gold and silver as a hedge against disaster.  We talk with writer THOMAS FRANK who explored the phenomenon, and its history, in his “Easy Chair” column just published in the July/August issue of Harper’s Magazine.  It’s called “Gold Faithful: Profiting from Paranoia with Precious Metals.”  Then, we turn to soccer and the Women’s World Cup.  The U.S. Women’s National faces Japan in the finals this Sunday.  We get analysis of the teams, the players and the upcoming title game from JOANNA LOHMAN, a midfielder with the professional women’s team, the Philadelphia Independence, and STEVEN GOFF, the Washington Post soccer writer who oversees the Soccer Insider blog.

We discuss the escalating trade war between China and the U.S., and the effect it could have on the markets, consumers, farmers and companies.

Trump’s tariffs on China: What are they? How do they work?

The Trump administration asserts, and many independent analysts agree, that Beijing has deployed predatory tactics to try to give China an edge in advanced technologies.