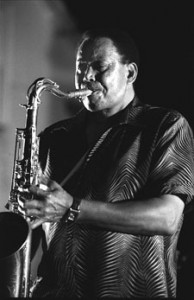 Philadelphia jazz saxophonist ODEAN POPE’s good friends and collaborators include the Heath brothers, drummer Max Roach and trumpeter Lee Morgan. He and the saxophone giant John Coltrane’s paths crossed more than once – in fact when Coltrane was plucked to go on tour with Miles Davis, he tapped Pope to finish out his gig with legendary organist Jimmy Smith. As Pope has had a long music career touring overseas, composing and recording countless compositions, and introducing jazz education programs to Philly’s young people, he has had another force in his life: bipolar disorder. It was only this last year Pope has come to terms with this debilitating and unpredictable burden he’s had for 30 years. He’s up for telling his story of his new-found life as well as stories of his contribution to jazz history, and we’ll listen to some new and old recordings. He has a new CD, “Universal Sound,” featuring Philly’s Sun Ra Arkestra’s saxophonist Marshall Allan. We’ll also speak to University of Pennsylvania psychiatrist DR. CHRISTOS BALLAS about what he sees in treating bipolar disorder.