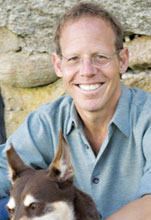 [REBROADCAST] Abolitionist John Brown is best known for his foiled attempt to seize the federal armory and arsenal at Harpers Ferry, Virginia, on October 16th 1859. Three years after he and his sons raided and viciously killed five men at a pro-slavery settlement in Kansas, Brown led 18 men, including five blacks and two of his sons, to what is now Harpers Ferry, West Virginia. Ten of the men were killed in the raid, one got away, and seven were hanged, including Brown. Our guest, Pulitzer-prize winning journalist TONY HORWITZ, considers if Brown’s intention was to be a martyr for his vehement anti-slavery war stance, as he deepened and exposed the divide between the North and the South and forced people to take sides. In his recent book, Midnight Rising: John Brown and the Raid that Sparked the Civil War, he researches the beginnings of Brown’s Calvinist, anti-slavery family and ponders the question whether John Brown’s legacy is as a hero or a zealous vigilante.