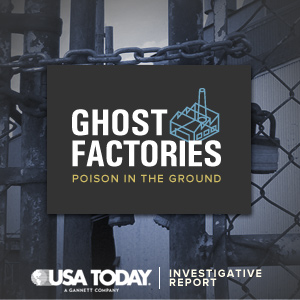 In hundreds of U.S. neighborhoods, including several in Philadelphia and the surrounding area, the soil that children play in is contaminated by lead and other toxic metal particles once spewed into the air by factories that smelted lead. A 14-month investigation by USA TODAY’s investigative reporters, including our guest ALISON YOUNG, titled “Ghost Factories: Poison in the Ground,” answers the question: Did the government heed a warning in a scientific journal – published more than 10 years ago – that people living near 400 forgotten factories could be in danger? And were people who were in danger warned about that danger? We’ll also hear from MARY SETON CORBOY, founder of Kensington’s Greensgrow Farm, itself atop an EPA Superfund site and leading the way in urban agriculture.

Kindergarten attendance is down during the pandemic. Is that a good thing? A bad thing? Science and history offer some answers.

They both wanted to pop the question. This South Philly couple decided to say it with street art — unbeknownst to each other.

If you are looking for an excuse to shower shelter animals with unconditional love, here’s what the PSPCA has going on this weekend.