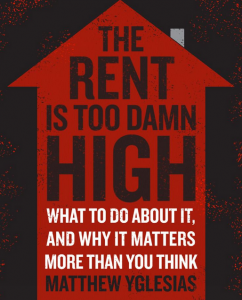 Most of us expect to pay more for housing in New York or San Francisco than we would in Birmingham or Omaha – two, three, even four times as much.  But Slate business and economics correspondent MATTHEW YGLESIAS says there is something wrong with that fact and it’s having a negative effect on the economy.   In his new e-book, The Rent is Too Damn High, Yglesias argues that the  cost of housing is hurting low and middle income workers.  We’ll talk to Yglesias about unaffordable housing and also about the new job growth numbers from February that show that the economy may be improving.

Camden County is making another $10 million in federal aid available to struggling businesses to help them survive the COVID-19 delta surge.

What if we worked just four days a week?

A New Zealand estate planning firm adopted a shorter workweek yet paid everyone the same. Could that experiment inform post-pandemic workplaces?