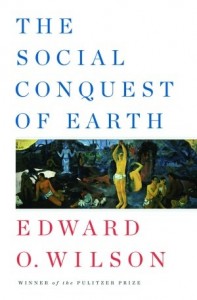 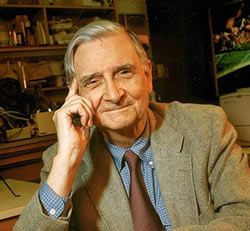 In his controversial new book, “The Social Conquest of Earth,” which the acclaimed biologist and Pulitzer Prize-winning author presents as the capstone to his legendary career, EDWARD O. WILSON firmly and fundamentally breaks with a theory of evolution that he championed and helped establish as dominant. Wilson’s research leads him to argue that kin-based selection – the idea that evolution favors the genes of those who sacrifice themselves for blood relatives – does not explain humanity’s rise to dominance of the Earth. Instead, Wilson argues on behalf of multilevel selection, with evolution favoring competition at the individual level but cooperation at the group level, and the complex dynamic between those two forces explaining so much of human history – and even art and culture. Wilson joins us on today’s Radio Times to explain his theory, informed by a lifetime studying insects and championing the world’s biodiversity.

Stockton professor and paleontologist Matthew Bonnan used the extra time he had during pandemic lockdown to create an album on the evolution of hearing.

Chagas disease can lead to heart failure and damage to the esophagus and gastrointestinal tract. Roughly 20-30% of those who contract Chagas may be at risk of dying from it.