As is common in the summer months, music is the weekend focus with the five-day Musikfest happening through Sunday in Bethlehem. Other musicians in town include Wiz Khalifa and Leon Bridges. But for NFL fans, the biggest event of the week is the Eagles’ return to Lincoln Financial Field and the official start of preseason football. Culture is on the events lineup as well with a unique film fest, Shakespeare in the ’burbs and the anticipated return of a festival celebrating Japanese culture.

The Delaware Art Museum has hosted an array of cultural events this summer. Their latest, Saturday’s Jet Phynx film festival, has already sold out. But on Sunday, one of the films under the festival umbrella is screening for free.“Orisa Soul” written by LaShone “Mama Ngina” Croom and Richard Raw, directed by Jet Phynx, is the story of a man’s journey to self-knowledge through the lens of the Orisa, the supernatural entities that are part of the West African Yoruba tradition.

Funnyman Jon Lovitz made the rare leap from in-demand actor to successful stand-up comedian. His roles in movies like “Rat Race” and “A League of Their Own” along with a five-year stint on “Saturday Night Live” and his appearances on “The Simpsons” over the years have earned him a devoted following. He’s now heading to the Queen for a one-man show that promises to touch on all of his talents — including playing piano and singing.

Pittsburgh’s own Wiz Khalifa scored a massive mainstream hit in 2015 with “See You Again” with Charlie Puth. The rap star is also a father (to son Sebastian with ex-wife Amber Rose), a cannabis proponent and a supporter of the multiverse, so much so that it’s the name of his eighth studio album, released last month. Wiz comes to Camden with Logic, who scored his own huge hit with “1-800-273-8255,” a song about depression and suicide that incorporates the number of the National Suicide Prevention Lifeline. The Maryland-based rapper released his seventh album “Vinyl Days” in June.

Black creative Tamara Della Anderson founded Gumbo Lab to give female, transgender, femme and queer theater artists the chance to have their voices heard. It began in December 2020, after both a pandemic and racial unrest imperiled Black theater. Now the works that the lab produced are being screened at a film festival dedicated to honoring their efforts. Six short films will be shown, followed by a Q&A with filmmakers, at both an in-person event and a virtual one on Monday, Aug. 15.

Much Ado About Nothing

Had Shakespeare had access to social media, he would have assuredly been considered a top influencer. Imagine what fun he could have had given his prowess with words. Alas, his complete oeuvre was created over 300 years ago. But in “Much Ado About Nothing,” like many of his plays, themes of love, relationships and human nature remain constant despite the passage of time. This production is being put on by Theater on the Verge, founded in the midst of the pandemic in 2021. 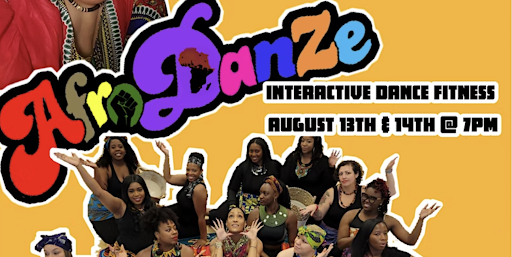 Keeping up with fitness is hard enough but in record heat it seems almost impossible, unless it’s fun. And that’s the premise of Afrodanze!, billed as an interactive dance experience. Workshops are taking place on Saturday and Sunday that incorporate African and Afro-Cuban moves into an easy to follow format. Native Nations Dance Theater founder Vaughnda Hilton leads the sessions. Expect glow sticks and vendors, too. 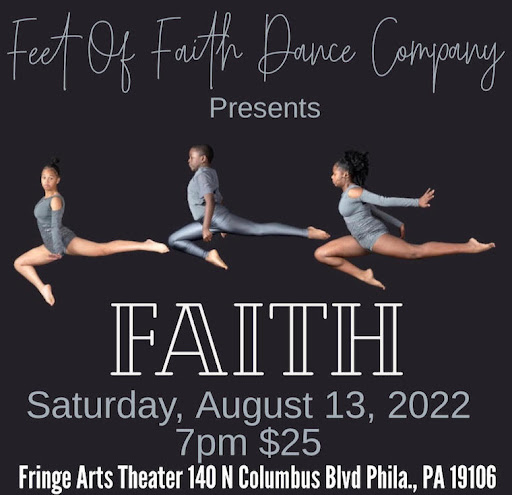 In 2016, dancer/choreographer Debra Mosley-McCray and her daughter Kenya Woodson co-founded Feet of Faith dance company to provide affordable dance instruction for the community in West Philadelphia. The pair, who have already won awards for their choreography, collaborated on “Faith,” their latest production. It includes 16 dancers from four to 44, including Mosley-McCray’s 12-year-old son.

Christ Church Neighborhood House debuts its first play competition on Saturday. Four plays will be winnowed down to two that will be funded and supported in extended versions for the Fringe Festival in September. Philadelphia-based playwrights were asked to provide works that encompass a “revolutionary spirit.” The four plays by Nick Jonczak, Chelsea Eaton, Peter Christian and Joe Madsen cover topics including suicide, the Federal Witness Protection Program, and the impact of Sen. Joe Manchin. Winners will be determined by a panel of judges and audience reaction which will be gauged via voting cards. Winning plays will receive $1,000 apiece and access to CCNH resources, including their theater and rehearsal space.

If the noise and drama of a big city have stagnated your creativity, then one of the city’s historic mansions may help you get your mojo back. Laurel Hill Mansion in East Fairmont Park is issuing a call to artists to paint, create, and make ‘en plein air’ on their grounds this weekend. Using the space is free to registrants, but you must bring your own easel or whatever equipment you need to capitalize on the opportunity for artistic expression.

For more than 500 years, Japanese Buddhists have celebrated their ancestors each summer during the Obon Festival through dance (bon odori), music and ceremonies that include cemetery visits and food offerings at homes and temples. In the Japanese tradition, lanterns are lit and placed on water to help guide the spirits’ return to the otherworld. The Obon Festival at Shofuso includes dance from Seabrook Minyo, drumming from Kyo Daiko, vendors and a yukata dressing station. In a separate, ticketed event, a lantern ceremony will take place on Shofuso’s pond at 7 p.m. on Saturday.

The idea that full moons generate antisocial behavior has largely been debunked (except in the case of people with bipolar disease, which studies say are impacted) but the belief persists. It may be why exploring a cemetery while the moon is illuminated is popular as it ratchets up the possibility that spirits might be more active. Or, it just makes it easier to see at night. Either way, Laurel Hill is offering a walking tour of their Ridge Ave. cemetery right when the orb should be at its brightest.

Hundreds of acts will be performing at the mega Musikfest, which takes place over five days and at 15 venues in Bethlehem, Pa. Among the ticketed artists performing are Alabama, Kelsea Ballerini, Ja Rule and Ashanti, and Olga Tañón. Many others, including Philadelphia’s own Omar’s Hat will play free concerts throughout the fest. Additional entertainment includes street performers, comedy, dance, art, historic tours and kid’s activities.

Singer/songwriter Leon Bridges has established himself as a throwback who arguably fits more easily into the previous generation of soul men than among his contemporaries. Raised in Ft. Worth, Texas, Bridges has released three albums, winning a 2019 Grammy for Best Traditional R&B Performance for his song “Bet Ain’t Worth the Hand.” He’s also shown up on more than one Obama playlist. Bridges released his latest album “Gold-Diggers Sound” in 2021. Swedish EDM band Little Dragon opens. They released their sixth studio album “New Me, Same Us,” in 2020.

Two-time Grammy winning choir The Crossing will perform its new release “Titration” by Shara Nova this weekend after their annual residency in Big Sky, Montana. The composer and vocalist currently living in Detroit has composed for the North Carolina Symphony, the Indianapolis Symphony and the BBC Student Orchestra, among others. There’s a pre-concert talk with Nova and The Crossing conductor Donald Nally, and a post-show picnic.

Daddy University is the organizer for the 11th annual Daddy Daughter Dance, part of its mission to support men in parenting. They say they are the nation’s oldest male parenting group, providing advocacy, education, social and legal services, and parenting tips for fathers of all backgrounds. The event is open to dads and daughters of all ages. Regular dance tickets come with dinner, VIP tix include T-shirts and a swag bag.

To the collective relief of millions, NFL football is back. And if you’re an Eagles fan, you know that stakes are high this season, especially for starting quarterback Jalen Hurts and second-year head coach Nick Sirianni. The Eagles begin their 2022-23 campaign on Friday night against the New York Jets, who are in a similar situation with their head coach, Robert Saleh and QB1 Zach Wilson. Both struggled in their new roles this past season. Sure, it’s preseason, but let’s see who draws first blood.

Ledisi, Trevor Noah, One Republic, ‘Queen of Fishtown’ in this week’s ‘Things to Do’

July 21 – July 24: The weekend events include Ledisi at the Mann, Indigenous powwow in Delaware, and two new art exhibitions opening this week.