Two big spring food fests in South Philly and Manayunk anchor weekend events that include concerts from Dianne Reeves, the Dead Milkmen, and Johnathan Blake. Earth Day is celebrated in the area with the kid-friendly Naturepalooza event.

The city’s central outdoor skating rink turns to wheels this spring with Dilworth Park reopening its roller rink. Visitors can (and should) pre-register for one-hour sessions. Skate rental is just $5 or, you can, of course, bring your own skates. Beer, cocktails and ‘light fare’ are available on-site.

Sunday is a good day to be hungry in Philadelphia, as the city hosts not one, but two, major food festivals for the first time since COVID shut large-scale activities down. If you were hoping to make both, you’ll have to plan, as they are happening on the same day at the same time. The Manayunk StrEAT Food Festival on Main St. from Shurs Lane to Green Lane, features over 50 food trucks and gourmet food purveyors, along with local vendors and live music. The Flavors on the Avenue festival, in and around East Passyunk from Broad to Dickinson, features much of the same with local vendors and kid-friendly activities.

Me, Myself and Shirley

Classic TV shows last forever, especially those that were universally watched in the era before streaming. The 70s/80s sitcom “Laverne and Shirley” was one of those shows, making stars out of Cindy Williams and Penny Marshall. Williams, now 74, recounts her time on the show, her roles in the acclaimed films “American Graffiti” and “The Conversation” and the ups and downs of her life and career.

The exuberant stage play “Sister Act” stemmed from the movie franchise starring Whoopi Goldberg as Deloris Wilson, a singer who hides in a convent after testifying against her mobster ex. The musical, launched in 2006, uses that premise as an excuse for a whole new slate of music that has become just as popular. You can see it on stage at the Media Theater, starring Dené Hill in the role that Goldberg made famous. 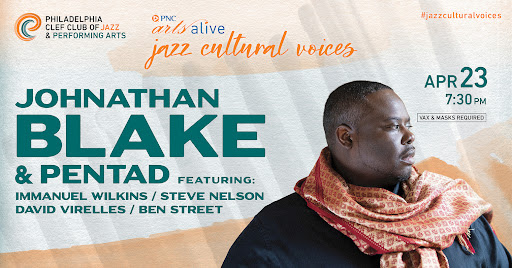 So you thought Questlove was the only accomplished drummer out of Philly? Blue Note artist Johnathan Blake, who hails from Germantown is building his reputation as a homegrown talent as well. (We should also acknowledge Philly-born veteran drummer Lil John Roberts). Blake’s Blue Note debut “Hometown Bound” was released last year. He and his band Pentad are the featured artists in the Clef Club’s Jazz Cultural Voices series which kicks off the venue’s reopening on Saturday night.

Founded in Philly in the 80s, The Dead Milkmen have been through a number of trials including the loss of an original member, bassist Dave “Dave Blood” Schulthise, and a breakup in 1995. But after reuniting in 2008, they’ve released two albums and continue to record and tour. Their last studio album, “Pretty Music for Pretty People” came out in 2014.

It’s safe to say that five Grammys and being honored as a Jazz Master by the National Endowment for the Arts gives you bragging rights. It also cements the legacy of Diane Reeves, who over the last thirty-plus years has earned her place at the top of the jazz pantheon. Reeves, still known best to non-jazz fans for her 1987 debut hit “Better Days”, one of the most moving tributes to grandmothers ever recorded, is at the Miller Theater on Thursday night. Her latest release, “Light up the Night: Live in Marciac” came out in 2019.

Amazingly, it has been six years since Prince passed but the tributes, celebrations, and releases keep his legacy alive. Edward “Junie” Henderson has fronted a Prince tribute band for several years and he’s bringing his All-Star Purple Party to Philly. Expect an energetic set of Prince’s hits from Henderson’s full band, which includes some former members of the New Power Generation.

In conjunction with its latest exhibit, “La Brega: Art for Reimagining the World” the National Liberty Museum is partnering with Taller Puertorriqueño for a family day celebrating Puerto Rican culture. “La Brega” artist Johnny Irizarry, UPenn music ensemble Fuerza and jewelry designer Adia DeVine will all be on hand, and there will be games, including dominoes, hosted by Queen and Rook.

Philly Night Out at the Philadelphia Orchestra

Latin Music Fest, Kensington Derby, Interpol, and the return of the Dad Vail in this week’s ‘Things to Do’

Highlights in and around Philly this weekend include Interpol at the Met, Philly film fest, and a quirky car race and street fest in Kensington.

Mother’s Day is celebrated with concerts, festivals and more. Or, bring mom to the summer re-opening of the attractions at Penn’s Landing.