The death of the Delaware River 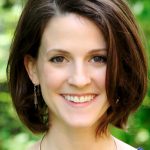 Joe Newton would fish on the Delaware River every day if he could.

“It depends on the weather and the conditions and the like,” the Willingboro, N.J. resident said as he readied his 20-foot motor boat for a morning on the river near the border of Northeast Philadelphia and Bucks County.

He gestured to the three men standing behind him, who, like him, are members of the Delaware River Fishermen’s Association. “If I don’t plan to go out some of these nuts call me up and twist my arm and get me out there.”

The idea that he could fish on the lower Delaware would have been unthinkable when he moved to the area in 1975.

“I’m originally from North Jersey and I grew up fishing in the Northern Delaware which is basically pristine water,” he said. “You can eat the fish, the water is clear. When I came down here, you wouldn’t dare eat the fish and the water had about maybe three foot of visibility. And a lot of debris.”

Ruth Jones: A life spent on the river

His fishing buddy Ron Soto has similar memories of the river.

“It didn’t smell good, and it didn’t look good,” he said.

Soto’s grandfather was a tugboat captain on the Delaware through the 1950s. As a young boy, Soto would sometimes ride with him.

“I said how’s the fishing here in the river when I’d be on his tugboat, and he’d say there’s no fish. I said why not. He said well there’s an oxygen barrier in the water and there’s no oxygen here. Consequently the fish can’t live.”

What Soto is referring to is something called “dissolved oxygen” — D.O. for short. Fish breathe oxygen just like people do, only their oxygen is dissolved in water. Cold water can hold more oxygen than warm water, so D.O. levels tend to be lowest in the summer.

Regardless of the time of year, fish generally need about 5 parts per million to thrive.

But in 1964…D.O. levels were nearly zero in parts of the river around Philadelphia.

“Back in the ‘50s and ‘60s, we were just dumping all of our sewage right into the river,” said Danielle Kreeger, senior science director at the Partnership for the Delaware Estuary. “That goes back really to Colonial times.

Sewage breeds bacteria in the water, and that bacteria effectively gobbles up all the oxygen, leaving little to none for the fish and other aquatic life in the river.

“With more and more and more people, over time it became an increasing problem,” Kreeger said, “until something had to be done because everything was dying because of lack of oxygen.”

By 1964, about a million pounds of waste was going into the river every day, and more than 60 percent of that was coming from sewage treatment plants, with cities like Philadelphia, Camden and Wilmington contributing the most. In 1964, the bacteria count at Philadelphia’s water intake at Torresdale was 39,300 per 100 mL.

But it wasn’t just sewage. There was also blood from slaughterhouses, oil from refineries like Gulf Oil and Sun Oil, and toxic waste from chemical companies like Rohm and Haas and Dupont. Acidic industrial waste lowered the pH of the river for several miles above and below the Pa.-Del. state line.

Almost none of the waste entering the river was disinfected, so it contained high levels of bacteria — again, eating up all of the oxygen.

Former regional EPA manager Richard Pepino was studying biology in college in the 1960s. He remembers one of his professors sending his class onto the river to measure the oxygen levels.

“We were getting no readings,” he said. “And so they said, ‘Somebody’s got to tell the professor the machine is broken.’ The machine wasn’t broken. There was no oxygen. How can you support an ecosystem where the amount of oxygen was too low to measure?”

The answer was: you couldn’t. The dead zone on the river ran from Philadelphia to about 25 miles down river in Marcus Hook, Pa. That made it impossible for migratory fish like shad to breed. They would die on their journey upstream before they could lay their eggs in the upper Delaware.

Once plentiful caviar and sturgeon also disappeared. Combined with losses of shad and other fisheries, that spelled the death of a regional industry once worth hundreds of millions of dollars.

But even for people who didn’t fish, Pepino said for decades, the river just wasn’t a place people wanted to be.

“You look out on the river today, it looks appealing. It did not look appealing in those days.”

The decomposing bacteria gave off noxious hydrogen sulfide fumes. Some shipping vessels refused to dock in Philadelphia because it smelled so bad.

An infamous news article from 1923 reported that a seafarer from Calcutta, India was said to have exclaimed, “Phew! Mates, I’ve been in all the principal harbors of the world, I’ve seen—and smelled—some mighty filthy ones. But Philadelphia is the worst. No wonder you have no buzzards flying about the harbor. Their hardened stomachs could not stand the strain of the nauseating odors which would assail their nostrils here.”

Another article documented the claims by a World War Two army pilot that he could smell the river from five thousand feet in the sky.

Fumes would regularly react with the lead paint on ship hulls and turn them black.

Various clean water campaigns gained support but then sputtered out. In 1936, New York, Pennsylvania and New Jersey joined together to form the Interstate Commission on the Delaware River Basin (Incodel). Delaware joined in 1938. The group had no powers, but it was seen as a way to develop joint plans and programs for the Delaware. Their first priority was addressing water quality.

The group rolled out water quality standards, but its efforts were scuppered by the onset of World War Two. Cleaning up the river was going to be expensive, and the country’s money was tied up in the war effort.

In 1961, President John F. Kennedy signed the Delaware River Basin Compact creating the Delaware River Basin Commission, which was a more sophisticated and formal version of Incodel. The commission included all four states — Pa., N.J., N.Y., and Del. — as well as the federal government and sought to address river planning, development and regulation, with a specific eye on water quality.

The group made some progress, but funding continued to be an issue.

Then something started happening.

“The people were fed up,” Pepino said.

In the 1960s, a large populist movement was afoot, and even people who didn’t think of themselves as activists started pushing to clean up the river.

He used his family as a prime example of accidental environmentalists. Pepino grew up with his family in West Philadelphia, and his mom used to hang her sheets outside to dry. “And when she went to pick them up at the end the day, she was ticked off because they had soot on them. And my mother and my father were not really environmental activists, but they wanted the environment clean.”

Then, in 1969, the highly industrial and polluted Cuyahoga River in Cleveland Ohio caught fire, after sparks from a passing train lit oil-slicked debris ablaze. It wasn’t the first time the river had caught fire, but this particular fire was like a match igniting the public’s ire over the filthy conditions of many of the nation’s waterways.

“Many people think that was the turning event that forced the Congress to take very serious action with both the Clean Air Act and the Clean Water Act,” Pepino said.

In 1972, Congress passed the Clean Water Act with broad bipartisan support. President Richard Nixon vetoed the bill, but within a day Congress overturned the veto, and the bill became law.

The law made it illegal to dump any pollutant into waterways without a permit from the EPA and set wastewater standards for industry. It also offered up billions of dollars to cities and states to upgrade their sewage treatment plants, requiring municipalities to use biological science to treat their waste before discharging it into the river.

As an avid fisherman, Joe Newton says even a decade in, he could see a change.

The water started looking cleaner, and the fish slowly started to return — shad, herring, all sorts of bass. These days, you can catch striped bass that are nearly 40 pounds.

“In this river, that’s amazing,” he said. “In the ocean? Common. But not out here. We had the best shad run I think I’ve ever seen this past season on the Delaware River.”

But the law wasn’t an overnight success. It took decades of work, more than a trillion dollars, and lots of trial and error before the Clean Water Act lived up to its name.

To learn how wastewater treatment plants cleaned up their act — and the river — continue reading in Part 2 of Reviving the River.

Catalina Jaramillo contributed to this report.

Pennsylvania has 5,600 miles of dead waterways, polluted by the coal mining industry. Ben Kalina’s "A River Reborn" shows how one was revived.

Keeping the river rolling: How the Clean Water Act helped revive the Delaware

The Clean Water Act helped turn the Delaware River and its waterfront into a place many people enjoy today. But can the river be protected from future pollution?

A grassroots environmental effort in the '60s resulted in The Clean Water Act and major federal dollars were provided for the upgrades we see today.