A teacher at Cherry Hill East High School was suspended for controversial remarks about school safety in his classroom last week.

When students demonstrated in solidarity for their history teacher Monday, they were threatened with suspension.

Students chanted “Free Mr. Locke” and held signs that said “Return Locke” and “Rise Up for Mr. Locke.” Tuesday morning, dozens more students walked out to protest the move, walking around the track and school grounds.

In a Thursday class, Locke brought up a study of statistical similarities between Cherry Hill East and Columbine, Colorado — the scene of a 1999 school shooting — while discussing the massacre in Parkland, Florida.

The decorated Iraq combat veteran also talked about protective measures the school could take and said he would jump in front of his students to shield them from a shooter.

Junior Sam Grossman was there for the class discussion spurred by the Florida killings.

Grossman, 16, said Locke said went on to say a shooting like the one in Florida could happen in Cherry Hill. He said the teacher complained that the security guards at the high school are unarmed.

“It really upsets me that he got suspended,” Grossman said. “I’m assuming it’s for that. He has been a very genuine guy. I’ve only had him this year. I know other people have had him more, but I really hope he comes back. The school lost something great when they made Mr. Locke leave. If every teacher was like him, the school would be a better place.”

He says students pay attention in Locke’s class because they want to.

“Mr. Locke is one of very few teachers where he doesn’t have to say, ‘Put your phone away. Pay attention,’ ” Grossman said. “People will listen to him because they like to hear him. Everyone loves Mr. Locke … Actually when he was finished, we applauded him for it, but I guess one person didn’t and they went to [the] administration.”

Locke was suspended after at least one student complained to the principal.

Administrators quickly dispersed Monday’s protest and said further protests would mean immediate suspension. Seniors would lose their class trip or the chance to go to the prom. The administration then held a question-and-answer session with Principal Dennis Perry in the auditorium.

Teachers and administrators were silent after the Florida shooting, he said.

“They didn’t offer any grief counseling to the students or any outlet for them to express their concerns, and the one teacher that expressed his concerns is suspended. This is absurd,” said Ascalon, who is also a 1989 graduate of the high school.

“The way the administration treats the children, treats the parents — if you don’t fall into that square perfect box, then they don’t want to have anything to do with you and frankly, that’s why I think they’re trying to get rid of Mr. Locke because as remarkable an individual as he is, as remarkable a teacher he is, he doesn’t fit within their little box.” 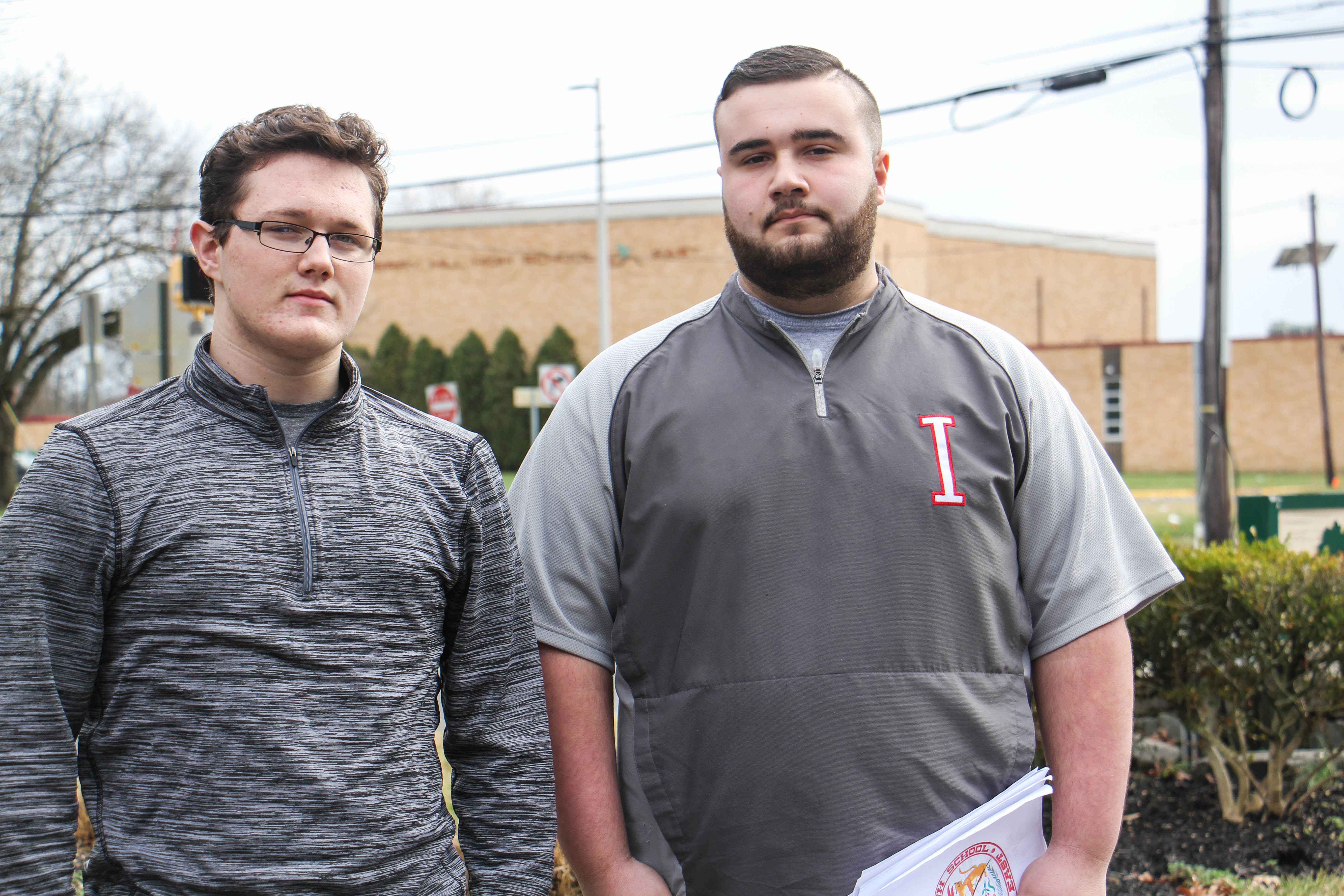 A petition to reinstate Locke — who did not respond to messages seeking comment — has more than 500 student signatures.

“I was angry at first. Then, I wanted to take action immediately,” said senior Justin Prechodko, 17, who had the idea for the petition. “I didn’t know how to take action, but after talking with my aunt and my mom, I calmed down a little bit. I decided to take like more of a diplomatic approach and do this petition that I have.”

A school district representative said officials will not comment on personnel matters.

A school board meeting is set for Tuesday evening.

So far, school reopenings in Pennsylvania haven’t triggered a wave of COVID cases or hospitalizations.

Frustrated by school district, Philly Council to hold hearings on how to fix ‘substandard’ buildings

The hearings will focus on a remediation and modernization plan to address troubling facilities issues at hundreds of Philadelphia public schools.