Amid the cacophony of a major construction site, a wide wall of windows offers the kind of view that draws high rollers to Atlantic City’s beachfront casinos spread out to the north. Across the narrow herringbone pattern of the Boardwalk, a wide beach spreads out to the immense ocean.

But this is not the penthouse suite of the newly renovated Hard Rock Hotel and Casino, or an oceanfront room at Bally’s. This is a dorm room — or, at least, it will be as of the end of August. 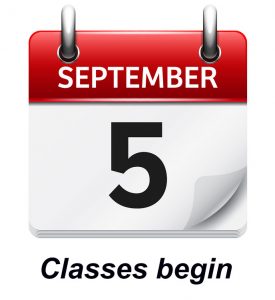 The drywall is finished, the cabinets hung and things look well underway for students to move in Aug. 31 to Stockton University’s latest, largest project to date – a multimillion-dollar project in the south end of Atlantic City. Classes are scheduled to begin Sept. 5.

In addition to the Boardwalk housing — with a total cost at more than $100 million — work is also well underway on the academic building across Atlantic Avenue — coming in just shy of $40 million — and on a nearby 865-car  garage. Stockton University’s tab for the total $220 million project is $178 million. Six stories of office space above the garage will  become the new headquarters for South Jersey Gas.

Alex Marino, Stockton’s interim director of operations, called the project one of the largest public-private partnerships in New Jersey history. Atlantic City Development Corp., or AC Devco, is the developer and Stockton’s partner.

The project is one of several large-scale investments set to come online in Atlantic City this year. Along with the Hard Rock and Ocean Resort set to open this summer, the Stockton Gateway project will mean close to $1 billion in new investment in the town. It’s also likely to reshape a relatively quiet section of seaside resort and potentially bring a new generation to Atlantic City.

Stockton University’s main campus is about a half-hour drive from the beachfront in the Pomona section of Galloway Township. And while Atlantic City will have its own classrooms and student housing, the university is not calling it a new campus.

On a visit to the Atlantic City project site with Marino and project manager Mark Ciccotelli, Associate Vice President of Academic Affairs Michelle McDonald said the Atlantic City and Pomona sites will function as a single campus. A regular shuttle service is planned between the two, she said, and students can take classes at both locales.

“This is the same campus. That’s been our mantra all along. This is an extension of our existing campus,” McDonald said. “This is Stockton in Atlantic City, but the idea is we have one campus where students can take advantage of different opportunities in both locations.”

Before the project began in 2016, most of the area was open dirt or a parking lot in what’s known as the Chelsea neighborhood close to the Ventnor border. At the complicated intersection where Atlantic and Pacific avenues meet at Albany Avenue, the area was once best known as the site of Atlantic City High School — before a new school was built essentially on its own island off Route 40 west of the former site.

The venerable Atlantic City landmark Knife and Fork restaurant and bar stands across the street from the new campus. Marino said plans call for classes and programs to be held in the O’Donnell Memorial Park across Albany Avenue from the academic building.

The three-story academic building includes indoor and outside dining areas, 14 classrooms, event spaces and academic offices, all with views of the ocean, the park or gleaming white windmills in the distance on the bay side of the city.

Faculty members have recommended the building’s event space be named for Fannie Lou Hamer, a civil rights activist who came to Atlantic City in 1964 for the Democratic National Convention at Boardwalk Hall, McDonald said.

Stockton, a relatively young school, began offering classes at its Pomona campus in 1971 — steadily expanding ever since. Following another growth spurt, the school on Wednesday will dedicate a $48 million project that adds almost 100,000 square feet of classroom space and labs in a new Health Sciences Center and a second Unified Science Center. The two new Pomona buildings work with existing structures on the campus to create an open quad where the school’s students can gather.

About 15 miles separates Pomona and Atlantic City, but they can seem worlds apart. Stockton’s heavily wooded main campus was in a rural and remote part of South Jersey before the land was purchased through a state bond in the late 1960s.

Atlantic City, a beach resort for more than a century, is one of the most diverse cities in South Jersey. With an enrollment of about 9,000, Stockton projects having 1,000 students take classes in Atlantic City.

The five story, 217,000-square-foot dormitory will offer 145 suites with 533 beds, as well as four apartments on the first floor for visiting professors and others. The four-bedroom suites are the only ones with those incredible ocean views. On a walk through the building, Ciccotelli pointed out what will be a gym, a storage area for students’ surfboards, and showers for rinsing off  after a swim.

The residential building includes two classrooms which can be opened up for event space, indoor common areas as well as retail space. Plans call for a bookstore and a Boardwalk-front café.

Standing in what will be the kitchen in one of the ocean-front suites, Marino said the school plans to offer 12-month leases, giving students a chance to remain and work in Atlantic City through the summer.

One week after a strike was authorized, Unite Here Local 54 announced a tentative agreement with the last two casinos without a labor deal.

The Atlantic surfclam industry generates ~$30M in yearly revenue. But a study shows offshore wind development planned for the Jersey coast could cut that income up to 25%.