Philadelphia Media Network, parent company of the Inquirer, Daily News, and philly.com, and owned by the Lenfest Institute for Journalism, was granted $1 million for several projects, including support for investigations, growing diversity, and digital products. The other $1 million will be shared among a dozen other local news organizations, including several in Philadelphia, and five individual entrepreneurs coast to coast.

Philadelphia-based media are well-represented among the recipients. WHYY received grants along with WURD, Technically Media, and the Philadelphia Public School Notebook (full listing below). MyNewPhilly.com founder Kyree Terrell was one of the entrepreneurs selected.

“The Institute was founded with the belief that local journalism depends for its success on investment in high-impact news content, best-of-breed digital product development, and the cultivation of a new, diverse, and growing audience of readers,” Jim Friedlich, executive director of the Institute, said in a statement announcing the inaugural grantees. “These grants address all of these major priorities.” 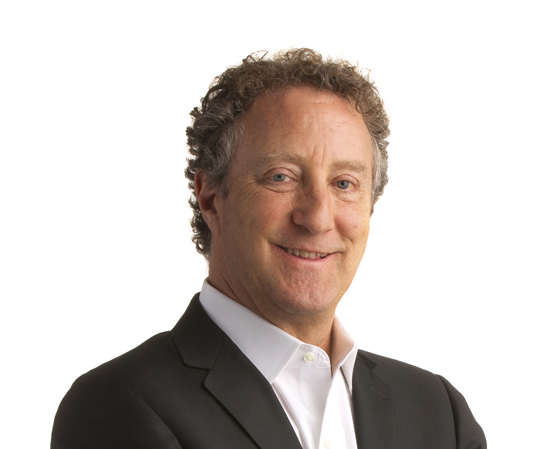 According to the statement, the Institute’s grants went to fund projects that support “experimentation and entrepreneurship.” These ranged from tech upgrades and teaching tools to newsroom collaborations around under-reported topics. The Institute received 350 applications.

WHYY readers and listeners can expect some new initiatives tied to this funding in the coming months. A partnership with the Center for Investigative Reporting out of Emeryville, California, will bring a co-produced special episode of the popular podcast “Reveal” that will look at immigration and will test an SMS-based user engagement tool.

WHYY Vice President for News and Civic Dialogue Sandra Clark will also be leading a team in creating culturally competent newsrooms, working with community on storytelling, and collaborating with other mainstream and multicultural news media for trainings and producing stories.

“Time and time again, research has shown that WHYY’s news and information services are the most trusted by our audiences,” said William Marrazzo, president & CEO of WHYY. “We are grateful to the Lenfest Institute for Journalism for this grant, which will accelerate current efforts to build the newsroom’s capacity to connect with constituencies that haven’t historically been engaged with public media.

The full listing of grants follows.

News Technology and Digital Product DevelopmentDigital Content Management: PMN will migrate from its existing digital content management system to a new state-of- the-art system. The new software technology will enhance the experience for users on PMN’s website and mobile products, as well as improve ease of use for reporters and editors as they create multimedia digital content for readers.

Digital Journalism Training: The American Society of News Editors will run its Digital Journalism Leadership Training program at PMN. One half of the participants will be invited from other newsrooms in the Philadelphia area.

Diverse and Growing AudiencesNewsroom and Audience Diversity: PMN will launch a rolling two-year newsroom fellowship program that will fund emerging journalists from diverse backgrounds to work in the PMN newsroom, receive active mentorship, and help PMN create a newsroom and an audience that is more representative of the population of the Philadelphia region.

Opinion Section Contributors Network: In order to diversify the voices expressed in the opinion section of PMN’s digital and print products, PMN will create an expanded contributors network consisting of influencers from a broad array of communities throughout the region.Audience Engagement: PMN will launch a reader-centered reporting program called “Curious Philly,” using Hearken, a survey platform that enables journalists to engage their audience throughout the reporting process. PMN will deepen community engagement by reaching out to readers so they can pose questions and topic areas for PMN to address in its reporting.

Innovation GrantsBackyard Media Company (Cambridge, MA) Project lead: Amira VallianiBackyard Media is building a marketplace for local podcast advertising. By connecting small-scale content creators with sponsors, they will empower content creators with the resources they need to do what they do best. As part of the Lenfest project, Backyard is doing a deep dive into the power of podcasts to improve local civic engagement and to democratize access to media. This fall, they will be creating a podcast-based guide to municipal elections in Cambridge, MA and amini-series on the future of audio-based news.

Berkeleyside Direct Public Offering (Berkeley, CA) Project lead: Tracey TaylorIn 2016, Berkeleyside, a local news site, created a direct public offering that allows investors of all sizes to buy shares of the company. This grant will allow Berkeleyside to finish the DPO and build out its membership program. Berkeleyside also plans to create a reader revenue toolkit to share its learnings with others.

Center for Investigative Reporting with WHYY (Emeryville, CA and Philadelphia, PA) Project lead: Hannah YoungCIR will launch a second round of user testing for its Amplify tool, which allows listeners to engage with an episode via SMS text messaging. This test will be associated with a special fall 2017 episode of CIR’s Reveal podcast about immigration that it is co-producing with WHYY. Reveal will work with WHYY to release Amplify to a broadcast audience for the first time, as well as across the national podcast audience.Engaging News Project (Austin, TX) Project lead: Dr. Talia Jomini StroudThe Engaging News Project, based at the University of Texas at Austin, will undertake research focused on mobile news engagement including identifying best practices for the type, placement, and labeling of links to recommended articles on mobile pages.

News Revenue Hub (San Diego, CA)  Project lead: Mary Walter-BrownThe News Revenue Hub works with news organizations to monetize their audiences through membership programs. The Hub plans to continue to test its centralized services business model and expand its offerings for news organizations. It also will establish a real-time learning laboratory in multiple news organizations in Philadelphia and across the United States to more effectively test different technologies and strategies for converting casual users to paying members or subscribers.Philadelphia Public School Notebook (Philadelphia, PA) Project lead: Maria ArchangeloThe Philadelphia Public School Notebook covers the city’s public schools, and its goal is to improve its engagement with students and parents in the city. The Notebook plans to create a more accessible interactive digital version of its already popular guide to Philadelphia high schools.Philadelphia Solutions Journalism Project (Philadelphia, PA) Project lead: Jean Friedman-RudovskyThis project is a collaboration of Philadelphia’s general interest, community and multicultural newsrooms to carry out solutions-oriented reporting and community engagement on critical issues facing the city. The project initially covered prisoner re-entry to society and now plans to expand the topics of its coverage. The grant will assist the news collaborative with its organizational capacity and strategic planning as well as its news coverage. Participating organizations include the Temple University Klein College of Media and Communication, The Philadelphia Citizen, The Philadelphia Inquirer, Philadelphia Daily News, philly.com, the Muhlenberg College Department of Media and Communication, Generocity, WHYY, PhillyCAM, The Philadelphia Tribune, El Zol Philly, WURD, El Sol, Billy Penn, The Philadelphia Public School Notebook and Next City.

Vigilant (New York, NY) Project lead: Mike PhillipsVigilant is a research and intelligence platform for public records. The company plans to build a local newswire sourced from Philadelphia public records data and then use natural language generation technology to convert the data into narrative news briefs.

Entrepreneurs in ResidenceSandeep Ayyappan Sandeep Ayyappan is the CEO and founder of Wiser, a curator of news and information for corporate users. Ayyappan will use his startup background to help local news outlets and Lenfest Innovation grantees develop customer-oriented, data-driven news products and help them to innovate more quickly.

Kyree Terrell Kyree Terrell is the founder and CEO of MyNewPhilly, an outlet that produces video-first content that highlights “the people, places, and projects that make Philadelphia a great place to live, work, and play.” Terrell will work with legacy news outlets throughout Philadelphia to help them enhance their social video strategies.

Steven WaldmanSteven Waldman is co-founder of Report For America. Modeled on Teach for America and Venture for America, Report for America is a new philanthropic model intended to strengthen journalism, enrich communities and help restore trust in news media by deploying a new generation of journalists to serve local news organizations. Waldman is also the founder of Beliefnet.com, CEO of LifePosts.com, a correspondent for Newsweek, and author of the FCC’s landmark report on local news. He also served as senior advisor to the Corporation for National Service and wrote the definitive book on the creation of AmeriCorps.

David WertimeDavid Wertime previously co-founded Tea Leaf Nation, a site that scanned, aggregated, synthesized, and translated Chinese social media chatter for a Western audience. The business was later sold to Graham Holdings Company. At the Institute, Wertime plans to create a university-focused news and discussion platform. Written by students, but for readers nationwide, it will link campus correspondents into an integrated contributor network that breaks down barriers between those being covered and those doing the reporting. Wertime plans to use Philadelphia-based universities as a pilot. He will also work with Philadelphia-based news organizations on their strategies for building contributor networks that include diverse voices from the local community.

While progressive donors and PACs came out for Krasner, police unions, former prosecutors and Sean Schellenger’s mother have supported Vega.

Businesses who qualify may use the funds as needed to keep open after a brutal year of pandemic-related closures and losses.