Heard weekly on WHYY and other NPR member stations, The Pulse tells stories at the heart of health, science and innovation.

Why do you wait forever in your doctor’s office? Can we stop asteroids from smashing into Earth? What’s with people’s love of round numbers? Why do some of us cry after anesthesia? How much should an MRI cost, really?

The Pulse explores the questions that make people go, “Yeah, why is that?” It tells stories from ground level, where illness, healing and discovery are personal. The Pulse celebrates science, and covers breakthroughs with healthy skepticism.

Podcast: New sonic adventures every week available on Apple Podcasts, Stitcher or wherever you get your podcasts.

Have a story idea? Send it to thepulse@whyy.org.

“Hosting a Health and Science show allows me to talk about everything – from baking a perfect dinner roll to freezing kidneys, or finding a giant dinosaur. What else could a woman ask for?”

Maiken has covered behavioral health since 2008, and has hosted The Pulse since its launch in 2013. Before that, she produced several weekly radio shows for WHYY.

Maiken is originally from Germany and remains passionate about soccer. Other than working in radio, she’s owned a music rehearsal studio and tried her hand (for a few miserable years) in booking Indie Rock shows. She spent her first three months in this country sleeping on a box spring because she didn’t know it wasn’t a mattress. 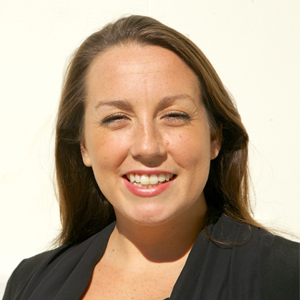 Lindsay Lazarski is a multimedia journalist and producer of the Pulse.  Before joining the health and science team she created and co-produced WHYY’s Cosby Unraveled podcast. For several years, Lindsay reported on Pennsylvania’s distressed cities, often traversing the state — from former steel towns to coal country — giving voice to people living and working in overlooked communities for the Keystone Crossroads project.

Nichole Currie is an audio journalist who is in love with narrative-style audio and feature-writing. She’s originally from a small town named Raeford, N.C. After moving to Philadelphia in 2019 to pursue a Masters of Journalism at Temple University, Nichole became a community reporter with the Germantown Info Hub. She has produced audio projects with the Info Hub, G’Town Radio, and Friends of the Rail Park in the last year. Also, Nichole has freelanced for Grid Magazine, PHS Grow Magazine and Eater Philly. In her spare time, she loves hiking, thrifting, finding new places to eat, and napping. Pronouns (she/her)

Alan was all set on majoring in biology, but then he realized he liked writing about science more than doing research, so he left Hong Kong and went to study journalism in the U.S. After interning at NPR and WBEZ in Chicago, he has never wanted to work anywhere outside of public radio. He covers space and all other kinds of innovation. He enjoys comic books, LEGO, and dragon boating. 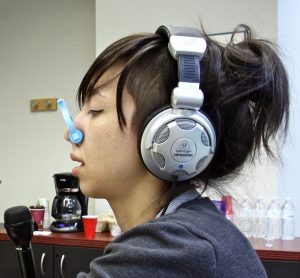 Liz is a health and science reporter working on The Pulse. Liz is a recent radio convert, whose interests include social determinants of health, watchdog journalism, and all things related to the brain. Before coming to WHYY, Liz spent seven years as a music writer in Beijing. 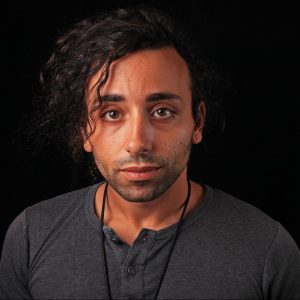 Jad Sleiman mainly covered conflict and the Middle East for newspapers and wire services before switching to public radio. He’s interested in stories about smaller, surprising communities. He plays the piano and several table top games.

Sojourner Ahébée reports on the factors that contribute to disparities in access to care and health outcomes. Her work is supported by a grant from the Commonwealth Fund. Previously, her work has appeared in The Atlantic, Poynter, Roxane Gay and Tressie McMillan Cottom’s podcast, Hear to Slay, and elsewhere. She likes to tell community-centered stories that honor and archive many kinds of voices. Sojourner is a 2019 MacDowell Colony Fellowship recipient in creative writing and a 2020 Pulitzer Center for Crisis Reporting Fellow.

Charlie enjoys fixing things for The Pulse. Sometimes he makes it worse and that usually sounds better. Before joining the show, he recorded orchestras, archived NPR tape from the ’70s and canoed the length of the Delaware river.

NPR and Kaiser Health News
The Pulse is a part of a nationwide collaboration between NPR and Kaiser Health News that brings together station-based health reporters across the country for weekly conference calls. With the support of NPR and KHN editors, reporters discuss story ideas, share sources and work together to make health and policy stories compelling to the radio listener and web audience. Members of the collaborative help our reporters put stories into a national context, and offer access to insiders and other health care experts in off-the-record discussions.

Side Effects Public Media
is a health journalism collaborative exploring the impacts of place, policy and economics on Americans’ health. Their reporting sheds light on root causes of community-wide health problems—from chronic disease, to mental health and addiction, to infant mortality—and on new efforts to solve them.