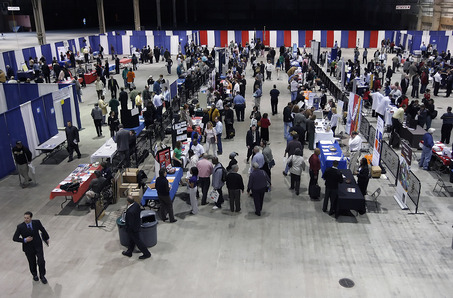 According to the Bureau of Labor Statistics, the January 2010 unemployment rate for Pennsylvania was 8.8%, Delaware at 9.0% and New Jersey at 9.9%. The national percentage of unemployment is steady at 9.7%, compared to 2007’s 4.6%. Earlier this month, Congress extended emergency unemployment benefits, providing another month of coverage for those eligible. What are the jobless doing to take back their employment? The online, social networking community has been growing, but is old fashioned face-time networking still a way to secure an interview? What should a resume look like now? Guest host, Tracey Matisak will talk to three guests who are helping people get jobs. We’ll talk to LAURIE BICK, Volunteer Director of Community Matters, a Delaware Community Networking Group; RACHEL BROWN, Director of the Career Center at Temple University; and ED SIKINA, the Site Administrator Pennsylvania Career Link at Suburban Station in Philadelphia.

New Jersey Gov. Phil Murphy signed the state's largest budget ever after swift passage by the Legislature with little time for public scrutiny of the bill.