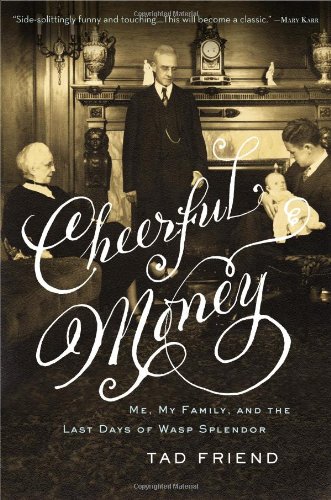 TAD FRIEND has been a staff writer at The New Yorker since 1998. He writes the magazine’s Letter from California, including a recent analysis of campus protests in Berkeley, as well as short pieces such as a recent snapshot of Phyllis Diller at age 92. His most recent book, Cheerful Money: Me, My Family, and the Last Days of Wasp Splendor, was published by Little, Brown in September, and was chosen as one of the best books of the year by the Washington Post, San Francisco Chronicle, and Chicago Tribune. He lives in Brooklyn and is married to the journalist Amanda Hesser, formerly the food editor of the New York Times Magazine, and was the title character in her second book, Cooking for Mr. Latte: A Food Lover’s Courtship, with Recipes.
Listen to the mp3

Britney Spears can hire own lawyer in conservatorship case

Tenants were told to evacuate in late June. Resources are running thin, families are split apart, and pleas to the landlord go largely ignored, they say.