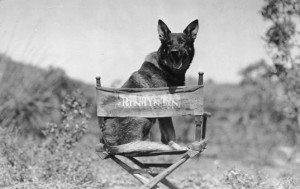 Writer SUSAN ORLEAN’S new book, Rin Tin Tin: The Life and the Legend, tells the fascinating story of the famous German Shepard and his enduring popularity. Rin Tin Tin was discovered as a puppy on a WWI battlefield by American soldier Lee Duncan who brought him back to the states and helped launch the canine’s Superstar career. Over the years the character of Rin Tin Tin stared in dozens of movies, in radio shows and a television series. Rin Tin Tin’s paw print even appears on the Hollywood Walk of Fame.  Marty talks to Orlean about Rinty, the history of animals in film and the bond between dogs and humans.

The Fight Against Extinction

Around the world, at dawn, something magical happens. As the sun rises, nature seems to wake up, and different species break into a choru ...

Biomanufacturing research at University of Delaware gets $8 million federal boost

The University of Delaware will get $8 million in federal funding to invest in biomanufacturing efforts and expand its life sciences workforce.

In his latest book, primatologist Frans de Waal asks the question, "What can the world of apes and monkeys teach us about gender, sex and biology?