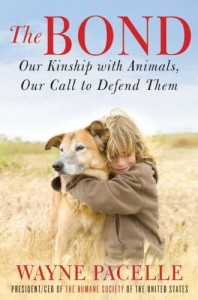 In his new book The Bond: Our Kinship with Animals, Our Call to Defend Them, WAYNE PACELLE, the president of the Humane Society of the United States, speaks to the deep connection he sees between humans and animals, as well as the numerous ways that humans have betrayed this bond through widespread and systematic cruelty to animals. Pacelle discusses the increasingly activist role the Humane Society has embraced, Michael Vick’s journey from imprisoned dogfighter to animal-compassion advocate, the Humane Society’s response to Hurricane Katrina, and much more.

When you are walking around in the forest, the park, or even the city, do you ever listen to the songs of birds? Really tune in, and list ...

A tiny fish is on the brink of extinction. Does it matter that another just like it is thriving?

Delta smelt are very nearly extinct in the wild. Another fish - the wakasagi- is nearly identical and doing fine. Why do we try and save as many species as possible?

Sharing the city with some really wild neighbors

In cities, wildlife like raccoons and coyotes tend to elicit shrieks of horror, rather than cries for compassion. Why we should rethink our relationship with urban wildlife.