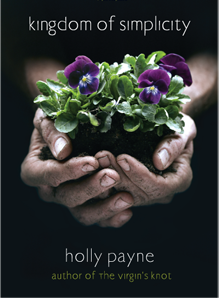 Author HOLLY PAYNE was struck and grievously wounded by a drunk driver in 1994, and was unable to walk for nearly a year. Through hard work and determination, she learned to walk again, and has competed in many triathlons since. But one of her greatest challenges came when the drunk driver wrote to her and asked for her forgiveness. Instead of the letter he requested, she wrote a book, Kingdom of Simplicity. Holly, a native of Lancaster County, PA, who now lives in California, was inspired by the Amish practice of forgiveness, most notably on display following the Oct. 2, 2006 shooting of five Amish girls in a one-room schoolhouse. Her third novel, Kingdom of Simplicity, tells the story of a young man who finds himself unable to forgive the driver who killed five of his sisters, and confronts his culture and his past during the Amish tradition of rumspringa.
Listen to the mp3

How is Diwali celebrated differently in India and the U.S.?

WHYY host Priyanka Tewari, who grew up in India, speaks with UPenn lecturer Dr. Murali Balaji about his experience celebrating Diwali in the U.S.

“There's a lot in the Passover Seder that has to do with rebirth and starting again. It kind of feels that this year will feel much more like that.”

Celebrating Hanukkah during a pandemic still poses a challenge to some Jewish Americans, for whom the holiday has risen in prominence in part because its social elements.