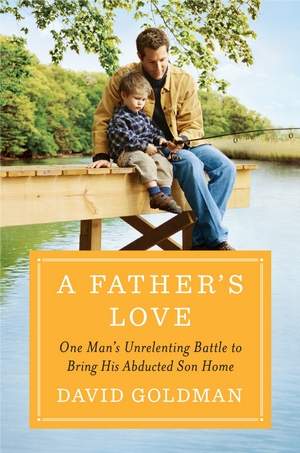 In December 2009, New Jersey’s DAVID GOLDMAN took custody of his son Sean, then 9 years old and living with his grandparents in Brazil. That reunion came after David waged a six-year, international legal and diplomatic battle. In 2004, Sean’s mother, Bruna, and her parents took the boy on what they said would be a two-week vacation. Once there, Bruna phoned David telling him she was staying in Brazil and keeping Sean. Seeking legal advice, David learned that by international law, what Bruna had done constituted international child abduction, and U.S. courts ordered Sean’s immediate return. Brazilian courts disagreed, prompting a legal, diplomatic and highly publicized battle, especially after Bruna died in childbirth in 2008, giving birth to her child by her new Brazilian husband. David Goldman has shared his remarkable story in a new book, A Father’s Love: One Man’s Unrelenting Battle to Bring His Abducted Son Home.

Curfews, quarantines and border closings complicated Christmas Friday for countless people around the globe, but determination and imagination helped keep the day special.

‘We have to keep going:’ A day with the migrant caravan

"The only way to get ahead is to make sacrifices," said Joel Eduardo Espinar, on the 15th day of their journey.

Rodney Roberson hasn’t set foot on a ship in months. He’s been too devastated. “All the police and investigators ...