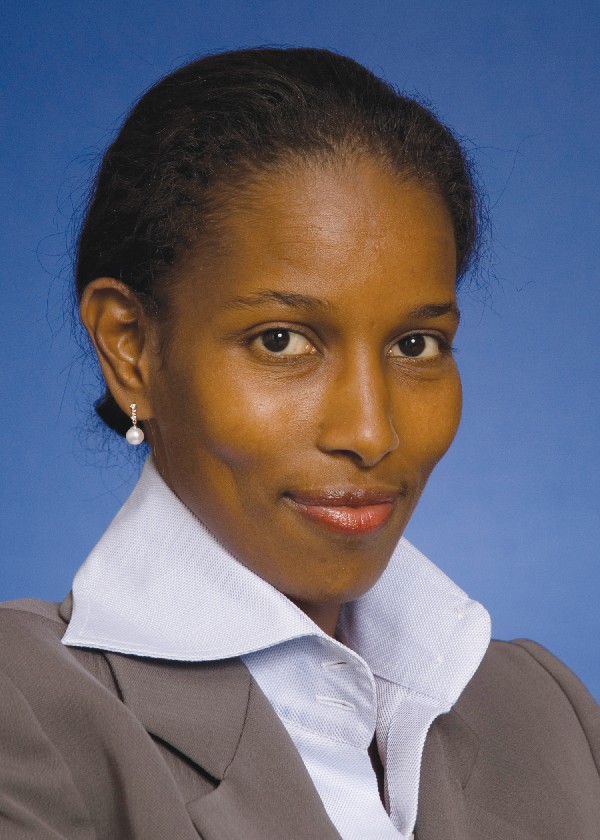 AYAAN HIRSI ALI’s family fled her native Somalia when she was eight, and she eventually sought and obtained political asylum in the Netherlands in 1992. She was elected to the Dutch parliament in 2003, then was stripped of her citizenship and resigned, after her screenplay for filmmaker Theo Van Gogh’s movie Submission, a scathing attack of Islam’s treatment of women, ignited an international furor. After Van Gogh’s assassination at the blade of a Muslim extremist, she lived in seclusion and official protection and has now resettled in the United States. In 2006 she published her memoir, which appeared in English translation in 2007 titled Infidel. Her new book, Nomad, tells the story of her exile in the United States, as well as her role as public intellectual on the run. She recently has made headlines for advocating on behalf of the creators of South Park for their refusal to pull their comedic punches against Islam, as well as challenging Westerners who respond to African female genital mutilation with anything other than staunch opposition.